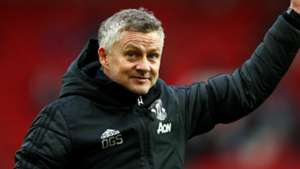 The intention of those at Old Trafford is to secure a return to elite European club competition for 2020-21.

Two avenues remain open to them in that quest, with a top-four bid in the Premier League being complemented by a run through to the last 16 of the Europa League.

Success down either of those paths would see Solskjaer deliver on one of the challenges he has been presented with at United.

The Norwegian is, however, wary of stating his ambition in public, with his team still very much a work in progress.

Efforts are being made to improve collective standards on the field, with a change in recruitment policy seeing players of potential being targeted - with many of those ticking home-grown boxes.

Schmeichel believes the right approach is being taken, with the legendary former Red Devils goalkeeper telling Premier League Productions: "He's [Solskjaer] tried to not put it out there that we are chasing Champions League or that he's setting targets that might be unrealistic.

"He's doing that. He's getting players at 18, 19, 20 years of age, he's giving them game time so that they will be ready and have that experience. Then we will have to see what happens in the summer.

"Of course he wants to be in the Champions League but I don't think he can go in an interview and say that because it is a big call, there are a lot of teams there."

United have moved back up into fifth place in the Premier League table, three points adrift of Chelsea in the final Champions League spot.

They still have 10 games left to take in this term, with the first of those set to be a Manchester derby date with arch-rivals City on Sunday, which will come on the back of an FA Cup fifth-round clash with Derby on Thursday and a reunion with all-time leading goalscorer Wayne Rooney.