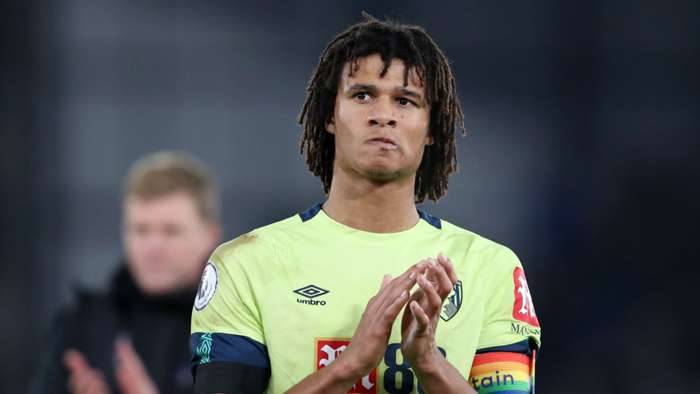 Ole Gunnar Solskjaer has denied he was lining up a transfer for Nathan Ake to join Manchester United after he was spotted chatting to the centre-back after the 5-2 win at Old Trafford last week.

Television cameras captured the United manager having a conversation with the Bournemouth defenderat the final whistle, with some claiming he had said to the Dutchman that he needed a left-footed central defender.

ButSolskjaer has denied saying anything of the sort, telling reporters ahead of his side's trip to Aston Villa on Thursday: "I've got seven centre-backs, I don't know where that's come from. We're fine."

Leicester’s draw with Arsenal on Tuesday night means it is now in United’s hands to finish in the top four as they still have to play Brendan Rodgers'side on the final day of the season.

And Solskjaer believes the Red Devils will have to win each of their remaining five games to guarantee alucrative Champions League spot.

"There are so many games, if wewin every single one we're in the top four," Solskjaer explained. "We cannot rely on help from anyone else, we have to do it ourselves and go into next season to put other challenges to teams."

The win against Bournemouth saw Unitedreach 16 games unbeaten in all competitions, givingthe squad confidence going into the final few weeks of the season.

"As a footballer you know you can't just pick out confidence from the fridge, youhave to have it from every day in training and results matter,"he said.

"The last 16 games unbeaten gives us confidence but nowhere near what a Manchester Unite team should stride towards. We focus on the next one and suddenly we're stood there with 16 -that's what we've done."

And despite Villa’s position in the league Solskjaer knows the game against Dean Smith’s side will be a challenge, especially with United target Jack Grealish being a threat.

"I think the last game they caused us some problems, Grealish off the left and Anwar El Ghazi on the right," the Norwegiansaid.