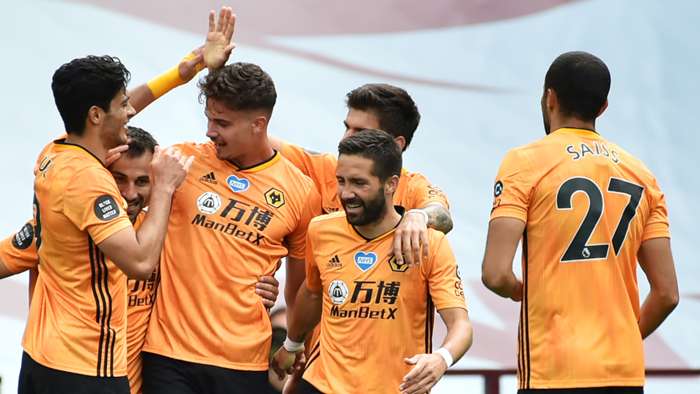 Wolves will be hoping to reignite their Champions League push when they travel to out-of-form Sheffield United on Wednesday evening.

Nuno Espirito Santo’s side are currently three points behind fifth-placed Manchester United after a 2-0 defeat to Arsenal at the weekend, ending a three-game winning streak.

Sheffield United were also in the running for an unlikely Champions League place prior to the temporary suspension of the season, but just five points from an available 15 since the restart meaneven a top-half finish is far from secured.

Adama Traore may see his name amongst the Wolves substitutes after an ineffective performance against Arsenal, with Diogo Jota primed to take his place.

John Lundstram and John Fleck are both injured for Sheffield United and so there may be a first Premier League start since 2017 for Jack Rodwell, who came off the bench during the Blades’ 1-1 draw at Burnley on Sunday.

The form that Sheffield United showed before the suspension of the season has certainly deserted them since the restart, with the Blades failing to score in any of their first three games and conceding eight times in their five matches.

In contrast, Wolves won their first three games following the restart to continue their European challenge and although they fell to defeat against Arsenal, Nuno's side still created enough chances to take at least a point.

Chris Wilder will no doubt set his side up to make this a tough affair for the visitors but the 11/10 (2.10) price from bet365 on a Wolves win is too good to pass up for this Premier League clash on Wednesday.