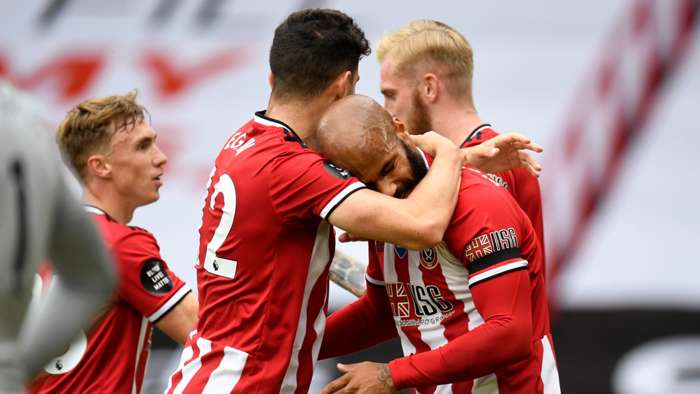 Sheffield United aim to keep alive their hopes of claiming a place in the Europa League by beating Everton in their final home match of the Premier League season.

Everton for their part have little to play for and the Toffees have lost four of their last five games on the road.

The visitors are set to be without Mason Holgate, Fabian Delph and Yerry Mina, while Sheffield United have midfielder John Fleck pushing for a return to the starting eleven after coming off the bench in the recent defeat to Leicester.

Chris Wilder was extremely disappointed with his side's showing at the King Power Stadium and will be looking for a reaction from his side.

The Blades' record in their own stadium will give the manager hope that his team can get back to winning ways, with the Yorkshire outfit winning five and drawing one of their last six home clashes.

Everton for their part have not won away at a team in the top half of the table this season, and with nothing to play for their is little to suggest that Carlo Ancelotti's men can change that statistic against one of the division's best home sides.

The price of 11/10 (2.10) for a home win looks big enough for consideration, while backing a victory for the hosts and under 2.5 goals at 3/1 (4.00) could be of interest, with nine of the last 12 league games at Bramall Lane seeing less than three goals.