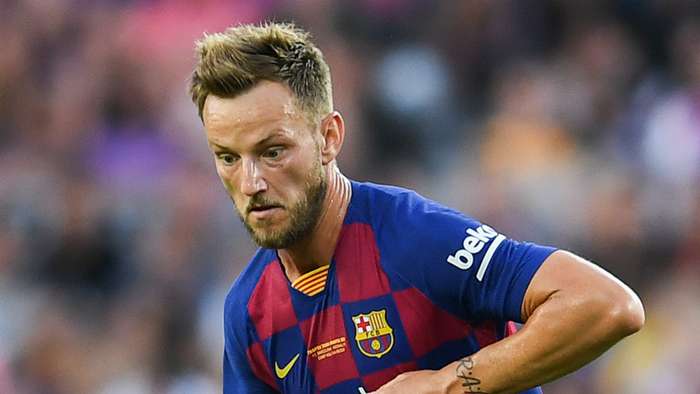 Sevilla signing Ivan Rakitic from Barcelona this summer is almost impossible, according to the club's sporting director Monchi.

The32-year-old has since proven to be one of the bargains of the decade at Camp Nou, as he's helped the club win 13 major trophies, including four league titles and the Champions League.

Rakitic has contributed 35 goals and 42 assists across 310 appearances for Barca, but he's fallen down the squad pecking order in 2019-20, and only has one year left to run on his current contract.

With no signs of an extension forthcoming, it has been suggested that the Croatia international will move onto pastures new in the summer transfer window, with a possible return to Sevilla mooted for the experienced midfielder.

Rakitic insisted he remains happy in his current surroundings after returning from lockdown in June, but also admitted that he would like some "clarity" over his future at Camp Nou .

Although Monchi believes the ex-Sevilla talisman would be open to retracing his steps, he cannot see a deal coming to fruition in the current financial climate.

"Ivan is a player who, from what he declares, would like to return to Sevilla today, tomorrow or in two years," the Ramon Sanchez-Pizjuan Stadium chief toldDiario de Sevilla.

"That I personally would like him to return? Would I particularly like itto work out so that he could come back? I don't hide the fact that he is my friend.

"Are those possibilities realistic? At the moment, it looks difficult to me, if not impossible.

"It is so complicated economically, that I do not see it. Wealways carry out ourplanning in secret."

Rakitic played the full 90 minutes of Barca's last outing against Napoli in the Champions League, putting in a strong performance to help Quique Setien's men reach the quarter-finals 4-2 on aggregate.