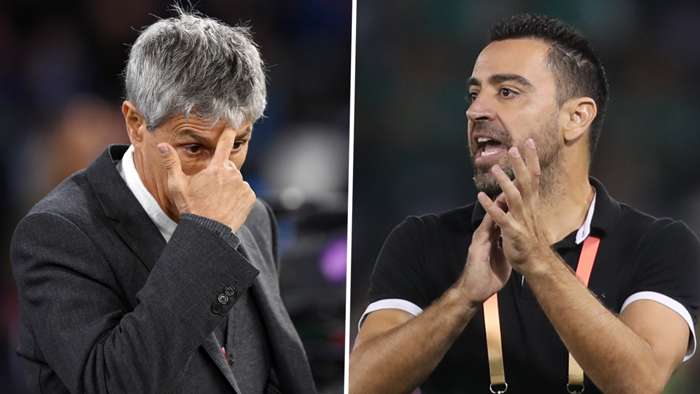 Quique Setien is not a coach that Barcelona are “backing for the future”, claims presidential candidate Victor Font, with those looking to take control at Camp Nou planning on bringing Xavi back to the club.

Setien was appointed in his place, but has struggled to convince many during his time at Camp Nou.

Barca have been knocked from the top of the table by arch-rivals Real Madrid, with star man Lionel Messi said to be concerned by leadership issues on and off the field.

Font admits that Setien is not viewed as a long-term solution in Catalunya, telling Ole: “He's the current Barca coach so for that reason alone he deserves all our respect and support.

“For me personally he's a coach I've always liked but it's true too that he's not the coach we're backing for the future.”

Barcelona are due to hold presidential elections in 2021, with Font among those looking to seize control from Josep Maria Bartomeu.

If he proves successful in that quest, then his intention is to have former fan favourite Xavi filling a prominent coaching post

“It's true that Xavi will be the coach when he decides, whoever is president, because Xavi is Barcelona and their biggest hope.

“I'm sure there will not be another project that has worked for so long to ensure that the sporting project that Xavi has in his head can be executed with the maximum chance of success.

“Xavi perfectly fits the profile of a player from here, formed in the youth academy, and knows and defends the style we defend ourselves.