Setien gets Bartomeu backing, but Barca president expects Xavi back 'one day'

Setien gets Bartomeu backing, but Barca president expects Xavi back 'one day' 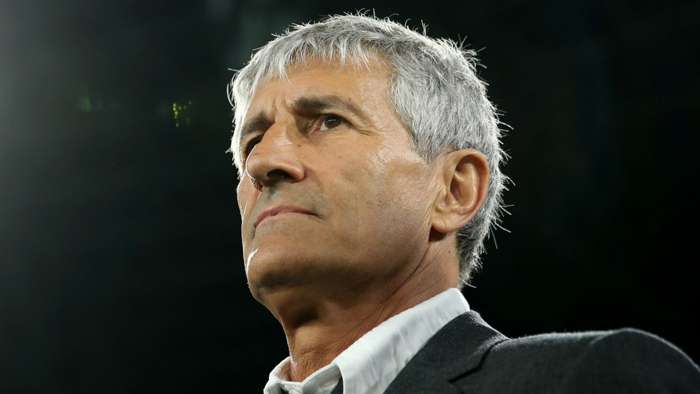 Xavi, who holds the record for the most Barca appearances of all time, has long been linked with the top job at Camp Nou, where he spent 17 trophy-laden years as a player.

He was considered one of the front-runnersto take the post when Ernesto Valverde was sacked in January, only to publicly suggest he was not ready, which led Barca to turn to Setien.

Xavi has since said he wants to become Barcelona coach and has been tipped to succeed the under-fire Setien,but on Sunday the ex-midfielder signed a contract extension as manager ofQatari club Al-Sadd.

And though the jury remains out on Setien given his sidehave fallen four points behind Real Madrid in La Liga, Bartomeu has given him his backing.

"I do not regretValverde'schange.The team needed a boost.Setien knows our DNA, the model and has brought new airs and new ideas.

"The coaches are obviously subject to the results, but I am happy with the evolution of the team."

On Xavi's coaching credentials, Bartomeu added: "Xavi is agreat coach who I am sure will one day come to Barca."

Barca's poor form and infighting behind the scenes has again led to speculation that Lionel Messi could do the unthinkable and actually depart the club when his contract expires in 2021.

Bartomeu has remained steadfast in his belief that the 33-year-old will retire with the Blaugrana and said the club will do all they can to extend his deal.

"He has a contract until 2021 – normally we do not explain the conversations with the players but it is evident that we have an obligation to renew him," he said.

"Messiis the best player in the world."

Messi and Co.will be back in La Liga action on Tuesday night, with Espanyol set to arrive at Camp Nou for a local derby clash.