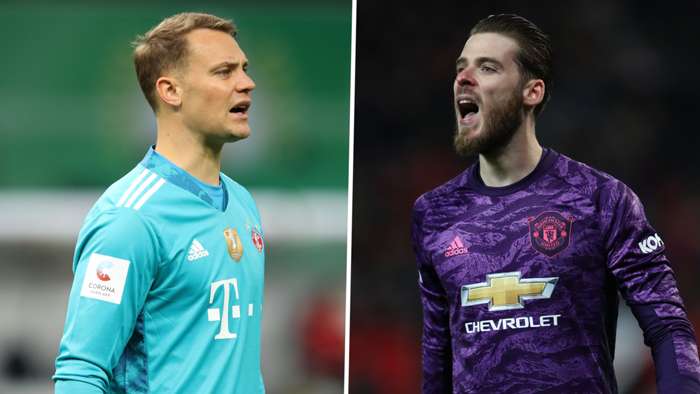 Manchester United legend Peter Schmeichel is happy to have been proved wrong by David de Gea, with the former Red Devils goalkeeper admitting that he wanted Manuel Neuer to be snapped up as Edwin van der Sar’s successor.

Schmeichel, Fabian Barthez and Van der Sar were all proven performers at the very highest level and left Manchester with Premier League titles to their name.

A challenge presented itself, though, in the summer of 2011 when Ferguson dipped back into the market for a long-term option to fill a No.1 berth.

He opted to raid Atletico Madrid for a 20-year-old Spaniard with plenty of potential, but saw De Gea endure early struggles in England.

Schmeichel feared a mistake had been made in not moving for Neuer, who left Schalke for Bayern Munich in the same year, but he has been forced to eat his words by a keeper who now has 400 appearances for United under his belt and four Player of the Year awards.

Schmeichel told United’s ‘Unscripted’ series: “They knew it was so important to get it right (Van der Sar’s replacement)and not spend years chasing the situation.

“At the time, I actually thought there was an obvious answer. You had to look at how we play and ask:right, where’s the guy that’s going to slot in?To me, we’d very recently seen the answer. I thought Manuel Neuer was a perfect fit for us.

“He’d just been up against United with Schalke in the Champions League and, even though Schalke lost the tie, he’d shown us precisely what he could do. He was a very aggressive goalkeeper. He played like I played. I played to my strengths. I knew where my weaknesses were and I tried desperately not to end up in situations where they might be exposed.

“I was always trying to get my defenders to protect me from that. I really liked the way Neuer played – it might be because I played like that myself – and to me, it felt like a natural move. He suited us well and we wouldn’t have had to change how we played.

“Of course, I knew about David de Gea because he was a young player already playing for Atletico Madrid’s first team, so you just knew he obviously had something special, but I didn’t think we’d be going for him.

“So when we did move for him, I honestly couldn’t understand why we’d gone down that route. I thought the experience of what had happened between me and Edwin would have been used, so it looked unusual to me.”

Schmeichel added on De Gea’s rise to prominence, with the most testing of starts overcome: “He was so bad, according to the media. A huge mistake. But then he became so good, and I can tell you the moment that everything changed for David.

“It was at Stamford Bridge in his first season. We’d gone 3-0 down and fought back to 3-3, and then, right at the end of the game, he clawed away a free-kick from Juan Mata, right in the top corner, and saved a point for us right at the end.

“From that point on, I was looking at David and thinking, ‘this guy… he’s something special. This guy’s mentality is incredible. You can’t break him’. That’s how you need to be when you’re in goal for Manchester United. You have to be as strong as anything.

“Any little mistake is a headline tomorrow. If you can’t deal with that, then it’ll break you. David? He went to a really tough school and came out the other side, in no time at all really.