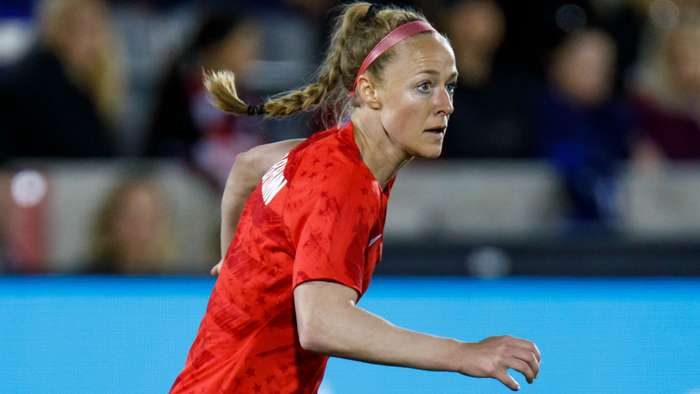 The USWNT has been rotating captains in recent years, but Sauerbrunn will now wear the armband on a permanent basis going forward.

Speaking to reporters on Sunday afterAndonovski made the announcement,Sauerbrunn said how honored she was to be the USWNT captain and emphasized that leadership on the team is a collective role.

"It's an extraordinary honor to be named the captain," Sauerbrunn said. "I'm going to work my butt off and follow in the legacy of all the people that have worn the armband and been in this role before.

"I also consider myself extremely lucky and that I am on a team that is just full of leaders, and I'm fortunate that the veterans on this team are as experienced as they are."

Andonovski agreed withSauerbrunn's sentiment that the U.S. has a number of leaders, and said he spoke with three of them in particular, Megan Rapinoe, Carli Lloyd and Alex Morgan, to ensure they were comfortable withSauerbrunn being named captain.

"I felt like Becky is the best fit to be captain of the national team but at the same time I had a good conversation with Carli, Pinoe and Alex before I made the announcement and they were very supportive of that," Andonovski said.

USWNT midfielder Sam Mewis also agreed thatSauerbrunn is the right choice to be the team's captain, calling her a "moral compass" for her steady leadership.

"Becky has always been one of the leaders of this team, someone that we all look to for guidance both on and off the field," Mewis said.

"I have said in the past, sometimes I look to Becky as my moral compass. Like whatever she is doing Iknow is right, so Ishould probably do the same thing."

The USWNT will face Colombia in friendlies on Monday and Friday at Exploria Stadium in Orlando.