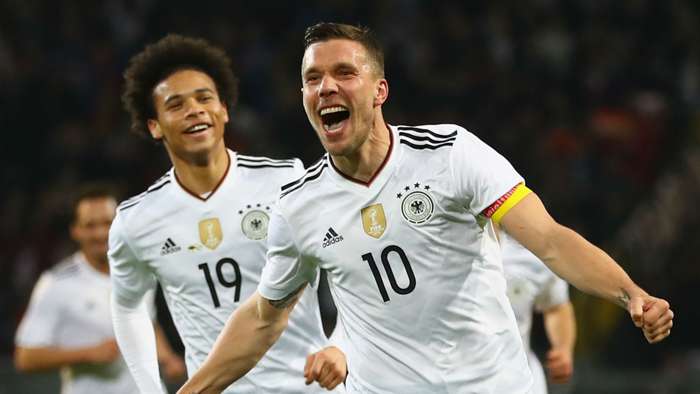 Leroy Sane will prove a superb addition to Bayern Munich's side, according to the club's former strikerLukas Podolski,but the ex-Germany international believes that the winger has more yet to give.

The arrival of the 24-year-oldwill boost an already fearsome Bayern side that sealed an eighth consecutive domestic crown earlier this year following the resumption of sport after a coronavirus-enforced lay-off and remain in contention for European glory in this season's Champions League.

Speaking ahead of the club's return to continental football next month against Chelsea - in which Sane will be unable to play any part - forward Podolski, who now plays his trade wthAntalyaspor, has backed the ex-Schalke man to impress under Hansi Flick at his new home.

However, the former Germany international - who is the nation's third-most capped player and a World Cup winner in 2014 - also added that he believes Sane still needs to earn greater success than a clutch of English domestic honours before he reaches his full potential.

"They get the best players at Bayern and Sane is a great player," Podolski told Sky Germany.But of course he still has furtherpotential.

"He has not yet reached the top level. He still needs a bit more experience,a few more seasons. He needs to play regularly with the national team and win a European championship ora World Cup,"

Podolski further praised Flick, who guided Bayern to silverwareafter he arrived as a mid-season replacement for Niko Kovac, adding: "You can see how they perform under him. Hansi Flick has done a great job."