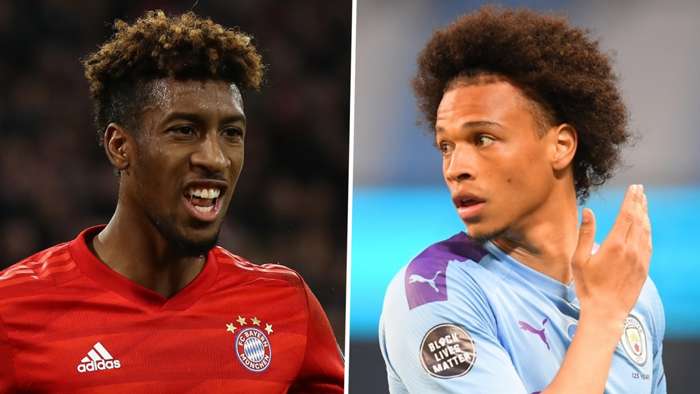 Kingsley Coman says he isn’t threatened by the arrival of Leroy Sane as Bayern Munich prepare to defend their treble.

The France winger was the match-winner in the Champions League final, heading in the only goal against Paris Saint-Germain to cap an excellent individual display.

It wasn’t lost on many fans that Hansi Flick’s supremely dominant team – unbeaten in 2020 and starting the season on a 22-match winning run – could yet hit new heights with the addition of Sane.

The 24-year-old will be looking to make a big impression after returning to Germany from Manchester City, and Coman will be in direct competition with him for a starting spot.

"There is always competition at Bayern. In my first year it was Arjen Robben, Douglas Costa and Franck Ribery. This year there is only Sane!"

Bayern play their first game of 2020-21 at home to Schalke on September 18, playing four games in three competitions before the end of the month.

With the UEFA Super Cup against Sevilla and the DFL-Supercup against Borussia Dortmund, Bayern could start October with two trophies already in the bag.

With the games coming thick and fast in a compressed season, Coman thinks strength in depth will be key.

"It will be very difficult; we play almost every third day,” he said.“But we have a good team. I hope I play a lot, but I can't play every game. We need every player.

"We usually need time after the end of the previous season. But we will do everything to be ready."

Bayern’s treble in 2019-20 was their second in less than a decade following their glorious 2012-13 season under Jupp Heynckes.

Such is the belief instilled in the squad under Flick, Coman even suggested the Bavarians could go back-to-back.

"The team always wants to win,” he said. “And maybe we'll celebrate a second treblein a row".

For now, Coman seems happy to bask in the aftermath of last season, its finale still less than a month ago.

Scoring against his former side to lift European football’s biggest trophy is a feeling the winger doesn’t expect to ever leave him.