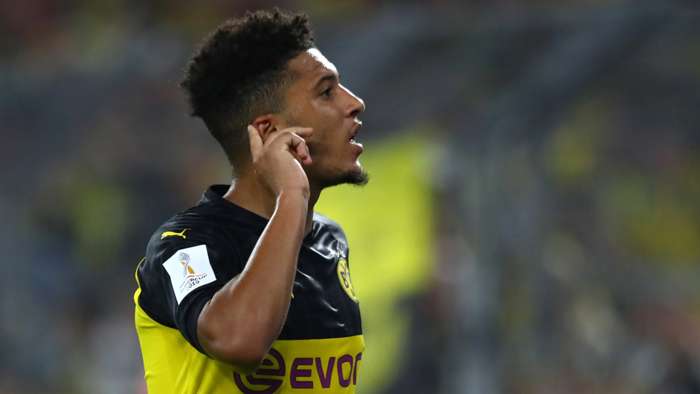 Bundesliga giants are playing hard ball when it comes to discussions, with there an understandable reluctance on their part to sanction a sale.

Sancho is, however, expected to take on a new challenge at some stage in the near future.

He has enjoyed a meteoric rise to prominence since taking the brave decision to leave Manchester City for Germany in 2017, with the 20-year-old now one of world football’s hottest prospects.

Lancaster feels the sky is the limit for Sancho, telling the South China Morning Post of a player he worked with in Watford’s academy system: “I think we are definitely looking at a future Ballon d’Or winner - 100 per cent.”

It could be that Sancho chases down a coveted Golden Ball while on the books at Old Trafford, with Lancaster fully supportive of a return to the Premier League for a man who has starred in the Bundesliga.

“It’s like watchingThe Last Dancewith Michael Jordan. You can’t take the ball away from him. Give him the ball and he’ll start to produce.” Dortmund reaped the benefits of that with 17 goals and 16 assists in 32 Bundesliga games this season.

“He’s had to leave from the south of England to the north, he’s had to go from the north to another country, language is a problem, he’s now independent. I think Man United are going to get a very mature 20-year-old.

“I think Man United will be a great move for him. The club have got a tremendous history, the club are hugely ambitious but most importantly they are structurally set up for success, off the pitch and on the pitch.