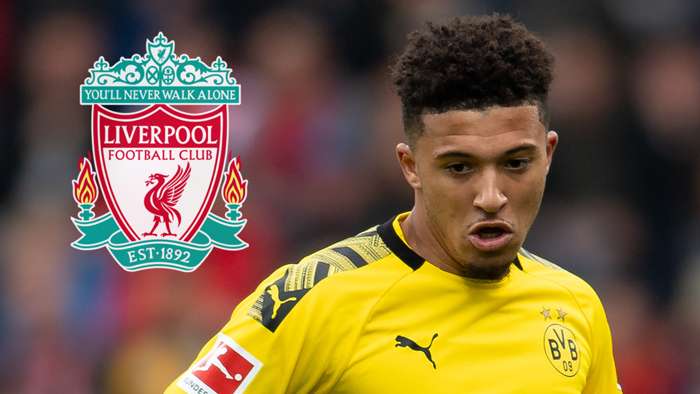 Jadon Sancho “would definitely fit the bill” for Liverpool, says Jason McAteer, with the Reds urged to snap up the Borussia Dortmund winger and put Mohamed Salah and Sadio Mane “under pressure to perform”.

Salah, Mane and Roberto Firmino form one of the most fearsome frontlines in world football, but there is little depth beyond them in a Premier League title-winning squad.

Divock Origi is a cult hero, Takumi Minamino is still finding his feet and Curtis Jones has plenty of potential to unlock.

Liverpool are, however, considered to be in need of a more proven performer that can be relied upon to slot seamlessly into their side to cover injury, suspension or loss of form.

McAteer believes that Sancho ticks that box, with the England international seeing a return to his roots mooted as he continues to spark talk of interest from the Reds, Manchester United and Chelsea.

“If they have the money then the player I would go for is Jadon Sancho,” former Liverpool star McAteer told the Racing Post.

“He would fit ideally into the system and next season would be the ideal time to blood him, unless there are injuries to the forward line and he was thrown in earlier than that.

“Maybe they could offer some players in part exchange to Dortmund as part of the deal because the biggest difficulty we have at present is knowing what the transfer market is going to look like.

“Liverpool have a gap for a fourth forward option and Sancho would definitely fit the bill.

“He could put Salah and Mane under pressure to perform. They have been brilliant but they haven’t really had anybody pushing them.

“We haven’t seen much of Takumi Minamino yet while Curtis Jones and Rhian Brewster are promising, but you need a fourth striker.

“You only need look at that great Manchester United side which had Andy Cole, Dwight Yorke, Teddy Sheringham and Ole Gunnar Solskjaer.

“Timo Werner would have been a great fit too but the competition for places may have put him off and tipped the balance in Chelsea’s favour.

“You need players who can cope with that situation. But a season to settle at Anfield would do Sancho the world of good and then he could really kick on.”

Sancho has remained coy when quizzed on his future plans, while Dortmund have no desire to discuss a deal, but a big-money offer could see the talented 20-year-old on the move over the coming weeks.