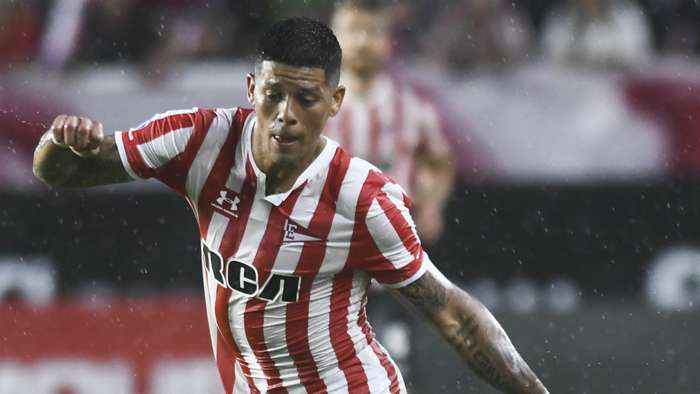 Marcos Rojo has confirmed his "bittersweet" return to Manchester United after a frustrating loan spell at Estudiantes.

Unfortunately, the combination of anankle injury and the coronavirus outbreak has restricted the 30-year-old to just one appearance for Estudiantes over the past six months, and he is now set to make his way back to Old Trafford.

Rojo, who still has one year left to run on his current contract with United, revealed earlier this month that he has spoken to Solskjaer about his position atthe club.

The Argentine said thatalthough he is expected to report for duty in Manchester ahead of the 2020-21 campaign, he was still hopeful of having his loan in South America extended.

“My idea is also to try to stay at Estudiantes. I played a game, got injured and all of this happened," Rojo told infobae.

However, the experienced full-back has now confirmed his Estudiantes departure in a heartfelt message to his followers on social media, while admitting that his long-awaited return to the club where he began his career was ultimately a failure.

Rojo wrote on Instagram: "When I found out that I was returning to Estudiantes a few months ago, I said that it didn’t matter how long this return lasted and that I just wanted to enjoy the happiness that being home again generated for me!

"I swear I was happy! For seeing my old mother's eyes full of tears again before playing. For stepping on the grass of ‘UNO’. For feeling the support of the glories of my club.

"For receiving enormous gestures of affection and encouragement from the whole punk family… For wearing the colours of my life once again.

"It wasn't enough.I know that maybe I will be in debt for not being able to return so much unconditionallove!