Robertson and Tierney can play together for Scotland – Clarke

Robertson and Tierney can play together for Scotland – Clarke 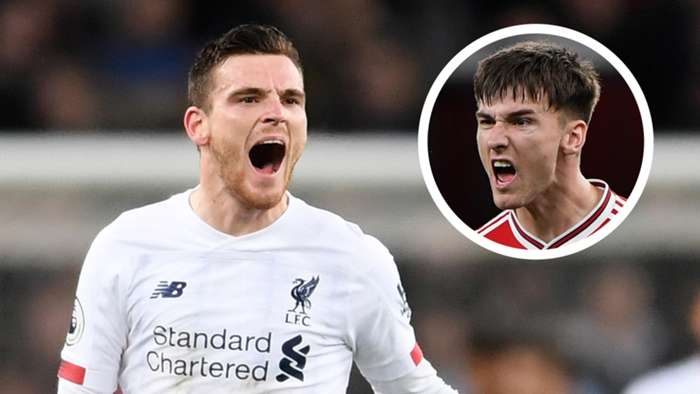 Scotland manager Steve Clarke has insisted that he will have no trouble fielding both Liverpool’s Andy Robertson and Arsenal’s Kieran Tierney together.

Indeed, he pointed to Tierney’s versatility as being a valuable asset in this regard.

“They’ve played together before,” he explained. “Gordon Strachan used Kieran as a right-back which was one way to fit them in. Kieran can play left centre-back, he can play left of a back three or pushed on as a wing-back.

“He played all those positions for Arsenal towards the end of last season and did very, very well. I think he made a few people in England sit up and take notice of his talent but I don’t think that would be a big surprise to anybody who watched Kieran develop over the years at Celtic.”

Clarke also spoke of new QPR signing Lyndon Dykes, who made a £2 million ($2.6m) move from Livingston recently and has been called up for the first time.

“He’s improving, he’s strong, he doesn’t mind the physical side of the game. His hold-up play is decent and the way he plays will help us; we have a lot of good attacking midfield players and it’s important you have a striker who can hold the ball up and bring these players into play. I think Lyndon can do that.

“He’s confident in his ability and feels he can come into the squad and challenge for a starting spot. That’s great because it’s an area of the pitch where we need a little more strength in depth.

“I have to mention Oli McBurnie here because Oli maybe hasn’t quite caught fire on the international stage, but he had a terrific season for Sheffield United last year in the English Premier League.