Retired shirt numbers: Clubs and players to give & receive honour 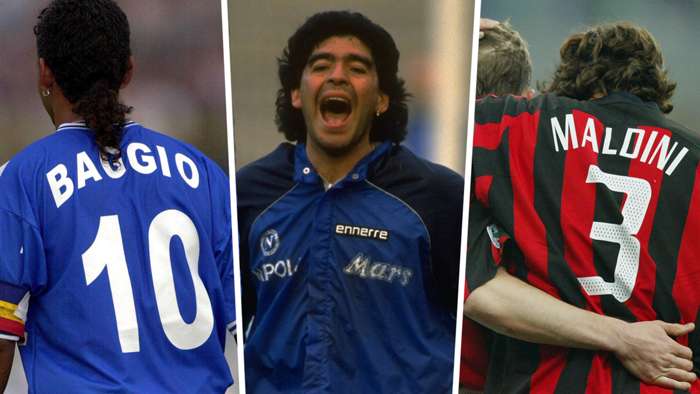 Player-specific squad numbers have become a normal part of football since the abandonment of a simple one to 11 numbering system and someplayers are forever associated with certain numbers.

Cristiano Ronaldo followed a long line of famous number sevens at Manchester United - including George Best and David Beckham - subsequently making it a central component of his brand, CR7.

Occasionally, such is the influence of an individual that the number they wore at a club can be retired, thus ensuring that it is exclusively tied to thememory of their achievements.

Goal takes a look at why clubs retire shirt numbers as well as some notable examples of the practice.

Clubs can retire shirt numbers for any number of reasons, but it is generally used as a tributetoplayers who haveexcelled for the club or as a mark of respect to players who have died prematurely.

It is believed that former Toronto Maple Leafs player Ace Bailey was the first sportspersonto have a shirt number retired in his honour, when the team withdrew the number six from selection in 1934.

The practice is particularly common in the United States and Canada, but it has sincespread through other sports across the world.

The practice of retiring shirt numbers has caught on across the world, but it appears to be more common in certain countries.

As the lists below will show, Italian clubs seem to be more fond of the tradition, with the likes of Paolo Maldini, Roberto Baggio and Diego Maradona among the notable figures to be honoured.

Brazil icon Pele has been honoured by American club New York Cosmos, whileMajor League Soccer Side New York Red Bulls have indicated that no other player will wear 99 afterBradley Wright-Phillips.

Dutch giants Ajax retired the number 14, which was famously worn by Johan Cruyff.

*Former Leeds United owner Massimo Cellino retired the number 17 in 2014 because he considered it to be an unlucky number.

*Paolo Maldini has given his consent for the number 3 to be worn by his sons if either of them play for AC Milan.

As well as current and former players, many clubs have honoured their supporters by retiring the number 12, based on the idea that the fans are often considered to be the "12th man" on the team.

Premier League side Bournemouth have dedicated the number 50 to their fans and the number 99 is reserved for the club mascot, Cherry Bear, whileLeicester City's mascot Filbert Fox wears the number 50.

Major League Soccer side Atlanta United have reserved the number 17 for their supporters and also as a nod towards their first ever season in the competition.