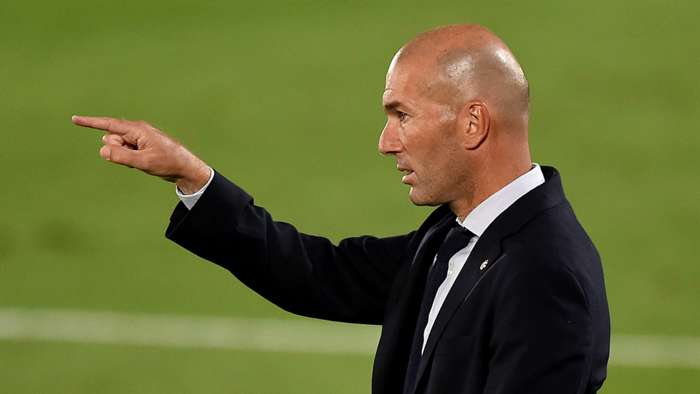 Zinedine Zidane is on the cusp of leading Real Madrid to a 34th La Liga title, but the head coach continues to be plagued by the question of whether his team are anything special.

Madrid have been ruthless since the resumption, winning all eight games and conceding just two goals over that stretch.

It has meant previous leaders Barcelona, themselves also unbeaten over the past month, have seen a two-point advantage slip away due to three draws in their nine games.

But debate rages over the merits of this Madrid team, who arguably lack the panache of previous Los Blancos sides but have shown themselves to be a winning machine, unlike some of their more celebrated forebears.

"It doesn't bother me or surprise me, it's always the same debate," Zidane told a news conference on Sunday.

"We prove in every game and every training session that we are good. We have to show it. Everyone will give their opinion on what they think of Real Madrid because it is the most important club in history and this will never change."

Zidane, once the unpredictable flair player in Madrid's midfield, has become the straight man of the media room, a serious figure and a coach who has brought the best out of many of his players.

Rather than consider the prospect of another championship, with Villarreal on Thursday and Leganes on Sunday the other remaining games for Madrid, Zidane's focus does not deviate from the immediate task at hand.

"La Liga and the Champions League are the goal and what we fight for, but it is useless if we look beyond tomorrow's game," he said.

"This is the last week and there are three games. It is the most difficult, but the most important. All the teams have things to play for and we want to put all our energy into tomorrow's game."

Zidane clearly finds the suggestion his team have had the better of VAR decisions over recent weeks to be thoroughly tedious, amid claims Barcelona have had a relatively raw deal.

"Everyone can give their opinion, I don't mess with the opinions of others," he said, when asked about the VAR talk.