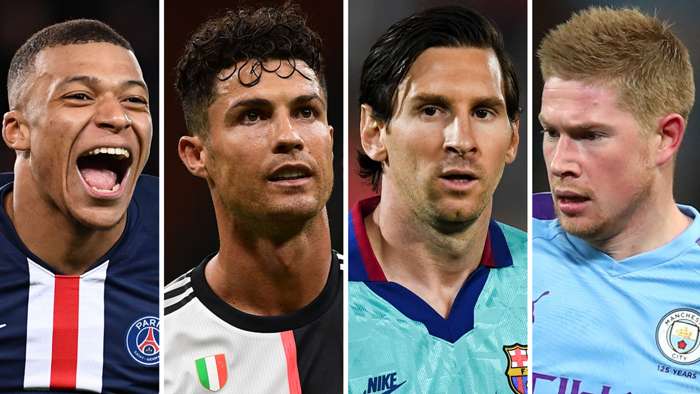 Cristiano Ronaldo could face Real Madrid in the Champions League quarter-finals as the draw for the rest of the tournament was made on Friday.

Bayern Munich look likely to face either Barcelona or Napoli as they hold a commanding 3-0 lead over Chelsea, while debutants Atalanta will face Paris Saint-Germain.

Meanwhile, RB Leipzig will play Atletico Madrid after both teams knocked out Premier League opposition in the last 16.

QF1: Real Madrid or Manchester City vs Lyon or Juventus

QF3: Napoli or Barcelona vs Chelsea or Bayern Munich

The quarter-finals, semi-finals and final will all be played as a straight one-leg knockout tournament in Lisbon throughout August.

The remaining last-16 second leg ties will be concluded over August 7-8, before the quarter-finals are played over four days in Portugal, beginning August 12.

The semi-finals will take place on August 18-19, with the final at Benfica’s stadium on August 23.

Atalanta, Atletico, Leipzig and PSG are all already qualified for the quarter-finals having knocked out Valencia, Liverpool, Tottenham and Borussia Dortmund respectively.

UEFA confirmed on Thursday that the remaining last-16 second leg matches will be played at home grounds as previously scheduled .

Manchester City will host Real Madrid while Chelsea will travel to Bayern Munich, among the four last-16 fixtures still to be played.

There are still six second legs to be played in the Europa League, with two ties to be played as one-off fixtures after the first legs were cancelled.