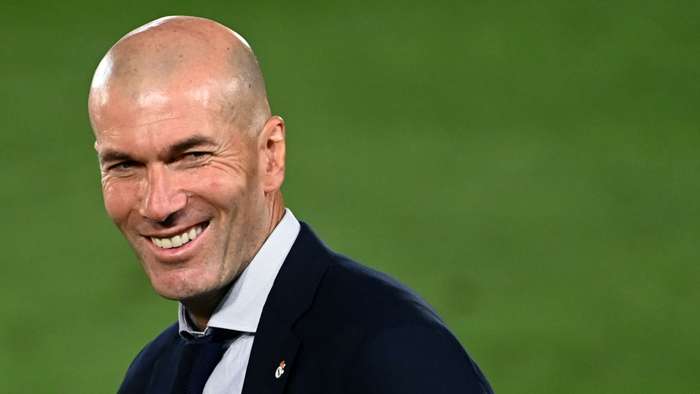 The Frenchman returned to the Santiago Bernabeu dugout in March 2019 after nine months away, with the club in a far worse position than when he left.

Madrid won La Liga and three successive Champions League crowns during his first spell in charge between 2016 and 2018, but results took a turn for the worst following his departure.

Zidane was convinced to make his way back to the Spanish capital and steady the shipfollowing the high-profile failures of Julen Lopetegui and Santiago Solari, both of whom were sacked within the first few months of their reigns.

Real's winning mentality has returned in 2019-20, with a run of ten consecutive victories post-coronavirus lockdown ensuring that they wrestled the Liga trophyaway from arch-rivals Barcelona.

Bettoni has now outlinedthe qualities whichmake Zidane such a successful head coach, including his ability to command respect in the dressing room.

"He is extraordinary in his relationship with the players," the Madrid assistant told L'Equipe. "It is not a method, he is just like that: he has a natural connection with the locker room. Therefore, he isrespected. That also goes with the unhappy elements of their playing time.

"He knows how to talk to them. He's a whole guy, who is aligned between what he feels and what he says. When he declares at a press conference that for him all the players are important, he really means it.

"He managesconflict by telling the truth and being fair. In the long term, it works."

Madrid will conclude their domestic campaign when they take in a trip to Leganes on Sunday night, before their focus switches back to the Champions League.

Zidane's men face an uphill battle to qualify for the quarter-finals when the competition resumes next month, as they will look to overturn a 2-1 first-leg deficit against Manchester City.