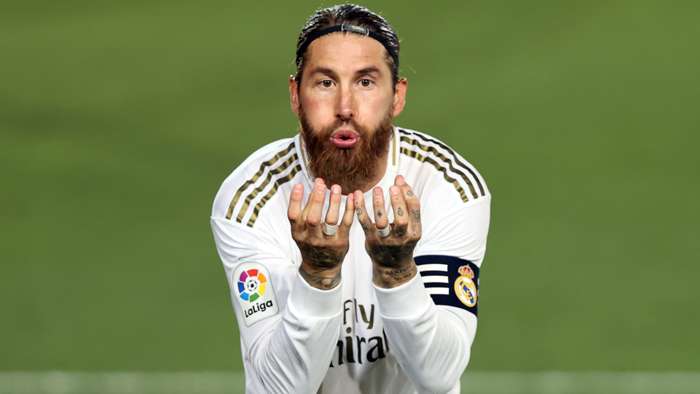 Sergio Ramos says Real Madrid have been left with a "bitter aftertaste" after elimination from the Champions League brought their "extremely strange" season to an end.

Ramos is proud of those triumphs but accepts being knocked out at the last-16 stage in Europe is not good enough for a club of their stature.

"An extremely strange season is over and the taste is bittersweet," he wrote on Twitter.

"This year has been very hard on everyone. But we are Real Madrid and we were set to win everything. Credit must be given to winning the Liga under such exceptional circumstances and the Spanish Supercup.

"However, being eleminated sic from the Champions League leaves us with a bitter aftertaste: we wanted more. Now it is time to rest to come back and fight for the next season. This badge and this history always deserve it all. In victory, in defeat, always: HALA MADRID.

"Thank you for your unconditional support, even in the distance."

After the match,Varane took full responsibility for his side's loss, saying:"This defeat is mine, I have to accept it.

"I am responsible for this defeat. We had prepared well but you pay for your mistakes. I am sad for my team-mates."

The France international was backed up by his manager Zinedine Zidane as well as several team-mates includingRodrygo, who picked up an assist in the match on Friday.

"It's something that happens sometimes,"the Braziliansaid after the game. "It's a pity, but he's a great player and I don't think this is going to stain the legacy he has atReal Madrid."