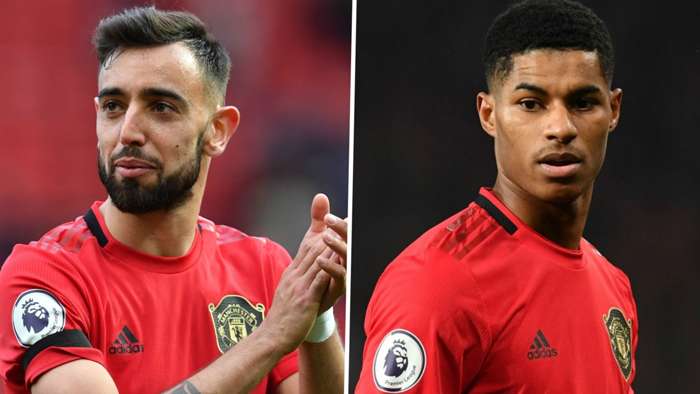 This has been the England forward's most productive campaign of his career in terms of goal involvements, but he has not yet scored from open play since the Premier League returned last month.

Fernandes has had no such trouble finding the net, his four goals in his past three league games helping him to win the Premier League Player of the Month award for the second time in a row.

But the Portugal star insists Rashford is hugely important for a United side unbeaten in 17matches and with a top-four finish now in their own hands.

"I think everyone is talking about Marcus not scoring a lot of goals but he is doing an amazing job," Fernandes told United's website ahead of Monday's clash with Southampton.

"The game he is playing now, maybe he is not achieving his goals and everything but, with everything we are doing now, he will achieve more goals and more assists.

"In the games, in the complete football, because football is not just about goals and assists, it is about the team and Marcus is playing very well for the team.

"Marcus was injured for a long time so it's difficult to find that confidence again, to do things like shoot from far out. But he is doing an amazing job for the group and I think he deserves credit for this."

Fernandes drew attention to Rashford's off-the-ball run in the 3-0 win at Brightonthat helped to create the space for the swift counter-attack that ended with Fernandes volleying in United's third goal.

"The play we did, the way we came to score, means it's one of the best goals from a team perspective that I've scored,” he said.

"That's because of all the teamwork. We won the ball with the header from H Harry Maguire, Nemanja Matic takes the ball and Mason Greenwood did an amazing run but, at that moment, Rashy did a perfect run.

"He was one of the far off guys but comes so fast to the goal that defenders know if they give him space, he will score.

"So maybe he the defender closes him down being closer to the ball and, when the cross comes over, and it was a great ball by Mason, after that I just need to score the goal."