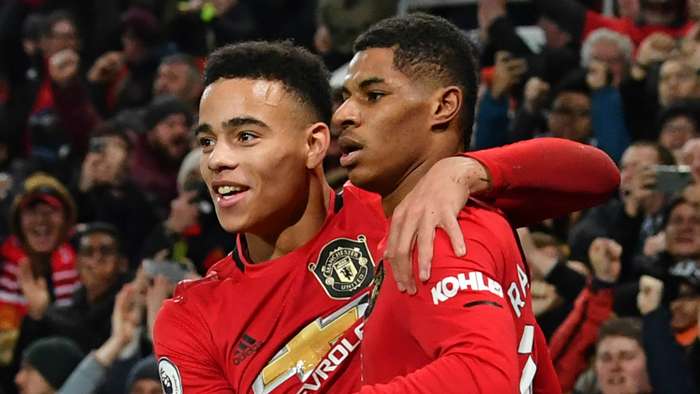 Marcus Rashford and Mason Greenwood "can get the best out of each other", according to Dimitar Berbatov, who has backed the homegrown stars to shine for Manchester United.

Greenwood's rise to prominence has gathered considerable pace since the resumption of the Premier League on June 17.

The 18-year-old has hit three goals in his last two starts for United, taking his overall tally for the season to 15in all competitions.

His latest efforts came during a 5-2 triumph over Bournemouth on Saturday, as he once again showed off his impressive finishing ability with both feet.

The teenage forward has been tipped to earn a place in Gareth Southgate's England squadon the back of his recent performances, and it has also been suggested that he deserves to start in the coveted number nine position for the Red Devils.

Anthony Martial currently occupies that role, with Rashford now deployed on the left after recovering from a back injury which saw him sidelined at the start of January.

Rashford has helped himself to 20 goals in 2019-20, but it has been reported that Greenwood could end up pushing him out of the team if he continues on his current trajectory.

Berbatov sees no reason why such a scenario should arise, with it his beliefthat all three of United's main attackers are capable of working together in unison for the foreseeable future.

The ex-United striker told Betfair: "Sometimes, when a young star comes through, it can worry other players who may lose their place, but I don't think this is the case here and for me, players likeMarcus Rashfordhave nothing to worry about, all three attacking players can complement each other as we've seen.

"The mix of youth and experience is good, this is all beneficial for everyone. No one should worry, they should feel joy,the competition makes you a better player, and it's very positive for the club.

"Rashford and Greenwood can get the best out of each other in the games to come, when you have a front three of them andAnthony Martial, it is so flexible, so quick, so adaptable. No one has a fixed position, they can swap positions and explore the entire final third independently. You can't try to stop this, you must let them improvise.

"It's important for Greenwood to stay relatively level-headed right now. He obviously knows he has quality and a good environment around him, so it's hard to be extremely humble, but it's certainly easier to be more guarded than others might be.