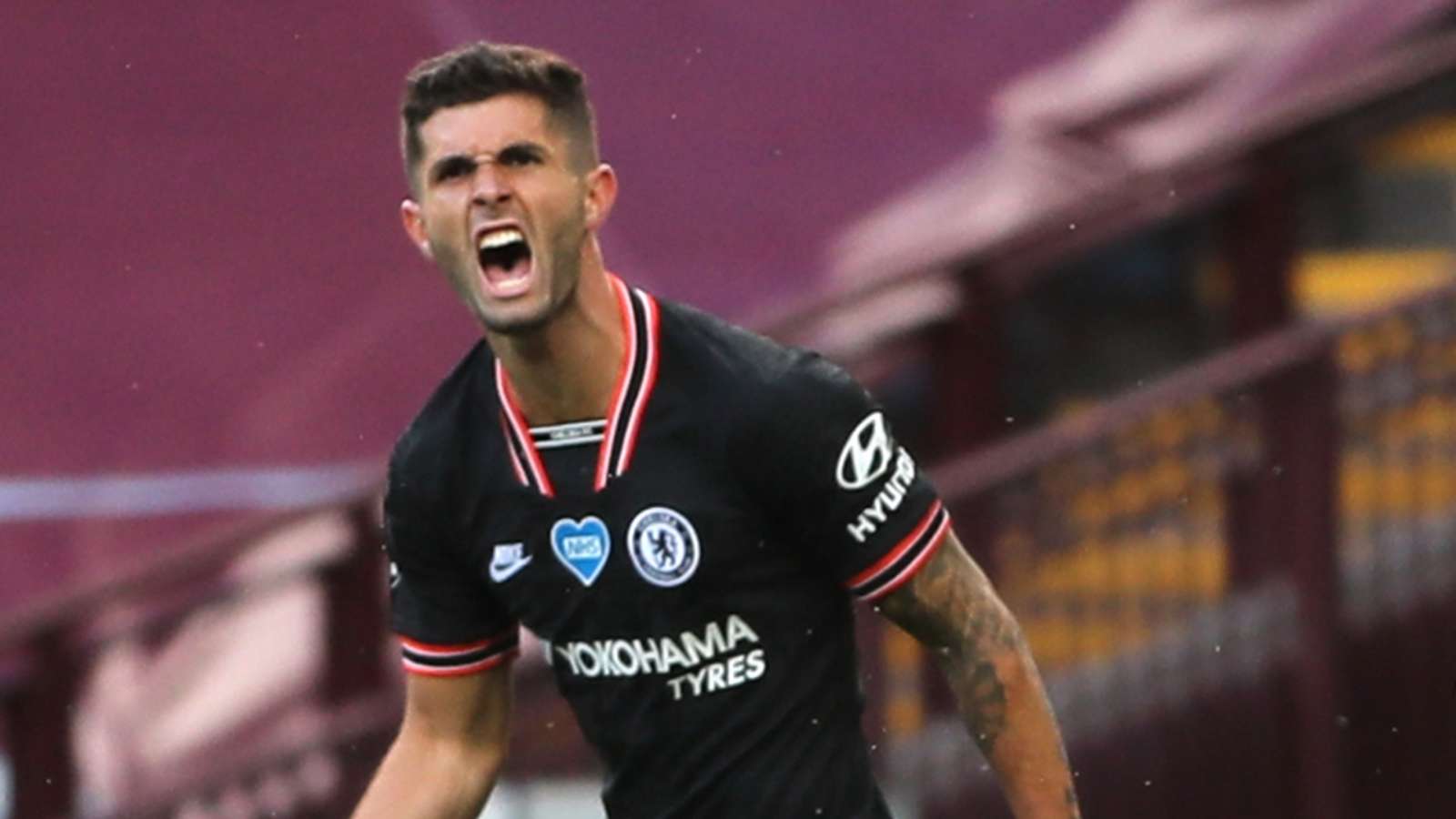 Christian Pulisic is hoping to end his debut season at Chelsea with a flourish, with the United States international having major silverware and Champions League qualification in his sights.

It appeared at one stage as though the 21-year-old would see his first campaign in English football fizzle out.

An untimely injury had kept him stuck on the sidelines since New Year’s Day as the games started to run out for the Blues.

A coronavirus-enforced break was, however, to come at a good time for the highly-rated forward as he was able to work on his fitness.

Pulisic has returned to action with a bang, as the Blues have as a collective, with the target found in back-to-back 2-1 victories over Aston Villa and Manchester City.

Frank Lampard’s side are now well placed to secure a top-four finish, while FA Cup glory is still up for grabs.

On his ambition, Pulisic told the club’s official website: “The break was tough on a lot of people but I’m just really happy that we can come back and play football again.

“It’s a bit different without the fans but we’re really excited to be back out there.

“There are a lot of games to play. We want to go as far as we can in the FA Cup and we want to continue finishing strong so we can be secure in a Champions League spot. We have a lot to play for.”

Pulisic opened the scoring for Chelsea in their heavyweight tussle with Manchester City.

His breakaway effort was cancelled out by a stunning Kevin De Bruyne free kick, but Willian had the final say from the penalty spot - after Fernandinho was sent off for handling on the goal line – as the Blues took all three points and handed the Premier League title to Liverpool.

Pulisic added: “We looked at this game against a big opponent and we wanted to win it.

“We were at home, obviously in slightly different circumstances, but we’re happy that we came out and got a really good result.

“We have to capitalise on opportunities. I had another one in the second half as well which was cleared off the line by Kyle Walker but I’m just happy to help the team out by scoring. We needed it and we’re just happy to get the three points.

“We went into the game with a really confident mindset to go out and win. Obviously we want to finish the season strongly but we feel we’re capable of a lot more as well.”

Chelsea are now five points clear of fifth-placed Manchester United in the table, while they are only one back on Leicester and will be starting to look forward rather than over their shoulder.