Premier League title race will be between 'six or seven sides', says Manchester City No 1 Ederson 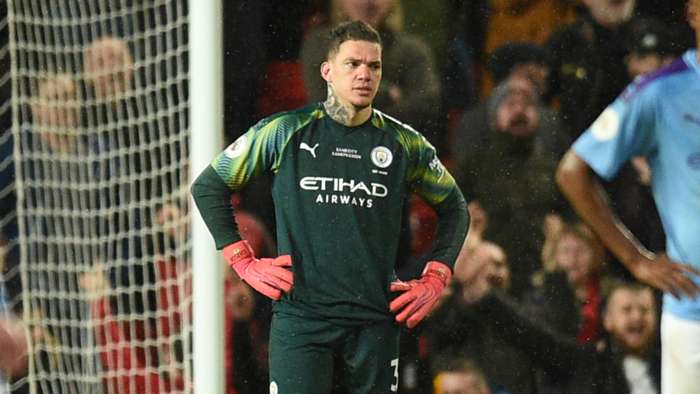 Manchester City goalkeeper Ederson has predicted the tightest Premier League in years, with the Brazil international suggesting that “six or seven sides” could compete for the title.

Ahead of a clash between the two chief protagonists over the last two years, the shot-stopper believes that the field will be far more open this term.

“This is not a usual season, the teams out of the ‘Big Six’ have all started well,” he told his club’s official website. “Aston villa, Everton and Southampton have all shown good performances lately. They have a lot of quality players and they’ve all had a good pre-season to start at the highest level.

“This year it will be different, it will be tighter, and I think the title race won’t between two teams, but six or seven sides.”

Nevertheless, Ederson appreciates that Sunday’s clash against Liverpool is one that has been earmarked by supporters and critics alike as one for the diary.

“It’s a much-awaited game for everybody, players and fans,” he explained. “I think it’s going to be a very good match. I hope our team can perform and may the better side win. We know they have a few points more than us, but we also have a game in hand. I hope we can get a good result to close the gap.”

City have made a slow start to the season by their high standards. They lie 12th on 11 points but the standings are exceptionally congested, with just six points between first-placed Southampton with Leeds in 15th ahead of Sunday’s play.

Pep Guardiola’s side, meanwhile, have played only six of their fixtures, while several of the teams ahead of them have already completed eight matches intheir calendar.

In order to start making up ground, though, they will have to overcome Jurgen Klopp’s side and will be aiming for a repeat of the 4-0 triumph they managed at the Etihad Stadium at the beginning of July.