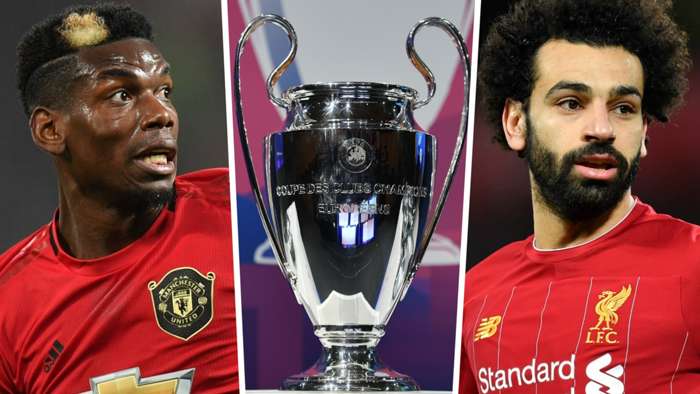 Securing a place in the Champions League or Europa League brings considerablefinancial rewards to teams thanks to the associated participation money and sponsorship boosts.

As a result, the number of UEFA competition places reserved for English clubsis the highest available - seven.

So, which Premier League clubs will compete in the 2020-21 Champions League and Europa League?

The top four teams in the Premier League qualify automatically for the group stage of the following season's Champions League.

A place in the group stage of the Champions League has been reserved for the Premier League top four since the 2018-19 tournament. Prior to that point, the top three went directly into the group stage, with the team that finished fourth having to navigate a play-off round.

It should be noted that a Premier Leagueclub will qualify for the Champions League should they win that competitionor the Europa League, regardless of where they finish in the domestic standings.

The fifth-placed team qualifies directly to the group stage of the Europa League.

There are two more Europa League qualification spots reserved for English clubs, but they may not necessarily go to Premier League representatives.

In the event that the winners of the FA Cup or EFL Cup have already qualified for UEFA competition by virtue of their league finish, the Europa League place goes to the next highest team in the league that has not already qualified.

Liverpool became the first Premier League team to confirm their place in the 2020-21 Champions League and Jurgen Klopp's men have also been crowned champions of the division.

The Reds will be joined in next season's Champions Leagueby Manchester City, who have securedsecond place in the Premier League table.

City had actually been slapped with a two-year ban from UEFA competition in February, but the club contested the ban at the Court of Arbitration for Sport (CAS).

In July, the CAS ruled in City's favour andthe ban was lifted, meaning they are able to take their place in the 2020-21 Champions League.

As of games played on July 15
*Europa League secured at minimum, can still qualify for Champions League

Chelsea are on course to qualify for the Champions League too, barring any major mishaps in their remaining games.

The final Champions League place is very much up for grabs, with Leicester City,Manchester United, Wolves and Tottenham in the mix.

As it stands, the Europa League place that goes to the fifth-placed team could be taken by one of seven clubs.

Manchester United currently occupy fifth, but Wolves, Tottenham and Sheffield United are not far behind.

Since Man City won the Carabao Cup, sixth place will also bring the reward of Europa League football (entering at the second qualifying round).

Arsenal's chances of clinching a European finish look increasingly slim, but the Gunners could potentially reach the Europa League group stage should they win the FA Cup.

However, if Man City, ManUnited or Chelsea win the FA Cup, it will probably mean the total number of Europa League places allocated via the league will increase to three - fifth, sixth and seventh.