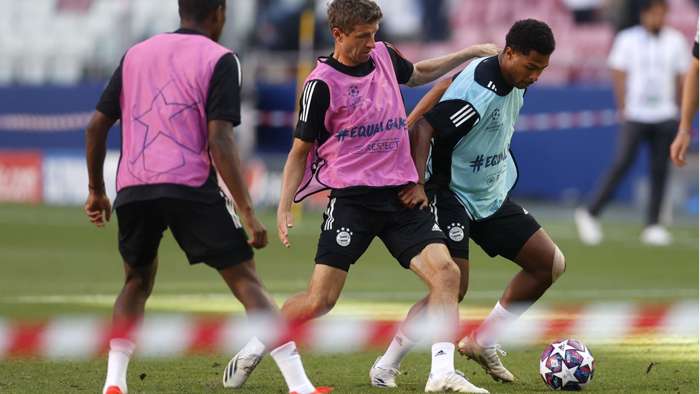 Paris Saint-Germain will struggle to cope with Bayern Munich's intensity across the entirety of the Champions League final, says Martin Demichelis.

Bundesliga and DFB-Pokal champions Bayern will attempt to complete the treble at the Estadio da Luz on Sunday, while PSG have the chance to seal an unprecedented quadruple.

The Bavarian giants have won their past 20 games in all competitions and have scored 42 goals in their 10 Champions League matches this season, three shy of the record set in 1999-2000 by Barcelona, who played 16 games.

However, the former defender believes Bayern's high press will prove too much to handle for the Ligue 1 champions, as it has for most teams they have faced this season.

"Bayern are not going to modify their structure and way of playing because they have gone through difficult parts in different games," Demichelis told Ole. "The risk they take, even defending with a high line, it is clear it gives returns because they are nearly the highest-scoring team in Champions League history.

"It was well demonstrated these risks can be detrimental to them at some stage of the match, as was the case in the first few minutes against Lyon, but Bayern don't change the way they play.

"This time they play against PSG knowing that Neymar, Mbappe, Di Maria are quality players and very fast, but Bayern will go out to play the same way. To cope with the intensity Bayern exerts across every line over 90 minutes is practically impossible for opponents. In general, I see Bayern as stronger than Paris."

Demichelis highlighted that Alphonso Davies and David Alaba are by no means slow in Bayern's backline, while goalkeeper Manuel Neuer provides a formidable last line of defence.

"Bayern can allow themselves to press high because of the speed they have at full-back. Alaba has reinvented himself as a centre-back and is very fast," said Demichelis. "Jerome Boateng may not have the speed of previous years, but he does have a mental speed due to experience and the great career he's had."

He added: "Surely they PSG will have some chances but there is also Manuel in the box and he's proved to be very good physically and in strong form. I hope Paris don't get those chances, but because of the way both teams play and the quality of the players in Paris' attack, they will have some.