Portugal star Ronaldo misses out against Croatia due to toe infection

Portugal star Ronaldo misses out against Croatia due to toe infection 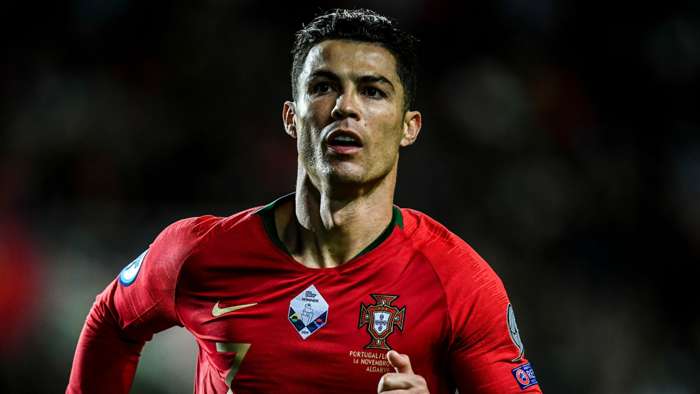 Portugal star Cristiano Ronaldo has been forced out of his side's Nations League match against Croatia with a toe infection that his manager Fernando Santos has likened to a bee sting.

Ronaldo missed multiple days of training leading up to Saturday's match at Estadio do Dragao in Lisbon, which marks the Nations League opener for both teams.

Speaking at a news conference, Santos said the 35-year-old noticed the problem at Wednesday's training session.

"He had been training well, then suddenly on Wednesday one of his toes was red, as if he'd been stung by a bee," Santos said.

"Now we have to wait. With an infection, you don't know how long the recovery is going to take."

Ronaldo's absence onSaturday means he will not have the chance to become only the second men's player to ever reach 100 international goals.

The Juventus star is currently on 99 goals and is looking to reach former Iran strikerAli Daei, who holds the men's record with 109 goals.

Santos will now hope that Ronaldo can recover in time for his side's next fixture, which will come against Sweden on Tuesday.

Portugal are looking to defend their Nations League title, having won the inaugural competition last year when they defeated the Netherlands 1-0 in the final.

Ronaldo helped lead his country to that final in June, having netted a hat-trick against Switzerland in the semi-final in a 3-1 win.

Ronaldo will have some time to recover for his club after international duty, with Juventus not scheduled to begin their season until September 20, when they host Sampdoria in Serie A.

The game will mark the coaching debut of Andrea Pirlo, who was named Juve's head coach last month after the Bianconeri sacked Maurizio Sarri following just one season in charge.

Sarri led Juve to their ninth consecutive Serie A title, but the Italians surprisingly fell to Lyon in the Champions League last 16, extending their European title drought to 24 years.