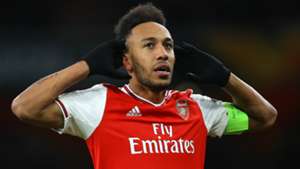 Arsenal are aiming to bounce back from their Europa League disappointment when they travel to Fratton Park to face Portsmouth in the FA Cup on Monday evening.

The Gunners were knocked out of European competition by Olympiacos at the Emirates Stadium last week, meaning that the FA Cup takes on added significance for the north Londoners.

League One outfit Portsmouth should theoretically provide a winnable fifth-round tie for Arsenal, yet in practice a trip to the south coast could be trickier than expected for the capital club.

The hosts are unbeaten in their last 19 home games in all competitions, winning 14 of their last 15 games at Fratton Park, and they are priced at 6/1 (7.00) with bet365 to record their 11th consecutive victory in front of their own fans.

The Gunners have a host of defensive concerns with Sead Kolasinac, Kieran Tierney, Cedric Soares, Shkodran Mustafi and Calum Chambers all nursing injuries.

Pompey have no major injury problems ahead of the visit of the Premier League side and Kenny Jackett should have a fully-fit squad from which to chose.

There is little doubt that Arsenal will take this game seriously with the FA Cup now providing their only chance of silverware this season.

The damage done by their Europa League exit is still to be seen, although this has been a turbulent campaign for the Gunners and eliminations like the one suffered on Thursday evening will surely impact their already fragile confidence.

Fratton Park is a compact and noisy ground which will surely be at its atmospheric best and with the hosts in sensational home form, there could be plenty for the home fans to cheer.

It would be a bold punter who would confidently back a third-tier side to knock Arsenal out of the FA Cup, yet Portsmouth could make life uncomfortable for them and at the very least score.

Portsmouth vs Arsenal Tips and Predictions

Both teams to score is offered at 4/5 (1.80) and looks like an interesting option for what should be an open game. Bolder punters might be interested in the price of 3/1 (4.00) for Portsmouth to score over 1.5 goals which has paid out in 14 of their last 15 home games.