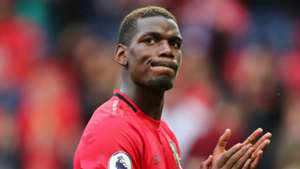 Paul Pogba is not a disruptive influence at Manchester United, says John O'Shea, with the World Cup winner expected to make a positive impact for the Red Devils once clear of injury struggles.

The France international midfielder has been restricted to just eight appearances in the 2019-20 campaign.

He is, however, closing in on a long-awaited return to fitness and could figure prominently for Ole Gunnar Solskjaer before the season comes to close.

Any outings he does take in will be played out against a backdrop of transfer speculation and questions regarding the 26-year-old's commitment to the cause.

O'Shea, though, is adamant that Pogba remains a "decent fella" and a player that could have a timely impact in the Red Devils' ongoing bids for a top-four finish and major silverware.

The former United defender told talkSPORT of goings out at Old Trafford: "There are definitely good signs.

"Obviously [Bruno] Fernandes has had that desired impact and [Odion] Ighalo seems to have found his feet.

"There are good signs but there's still a lot to do, a lot to improve on.

"You bring Pogba back into that mix and there are good signs ahead.

"He's had a couple of operations and he's back on the training pitch now, and he could hopefully play a big part in United closing the gap on Chelsea to get to the top four, and that would be a huge impact.

"I remember Paul in the youth team and coming into the first team, and he's a decent fella.

"Behind the scenes he works brilliantly in the gym, he's a good character, he drives other players on."

Once back in contention, Pogba will form part of a squad that has enjoyed a welcome return to form of late.

United have also made their way through to the quarter-finals of the FA Cup and last-16 of the Europa League, with there every reason to believe that tangible success can be secured by a team that has gone three years without a trophy.