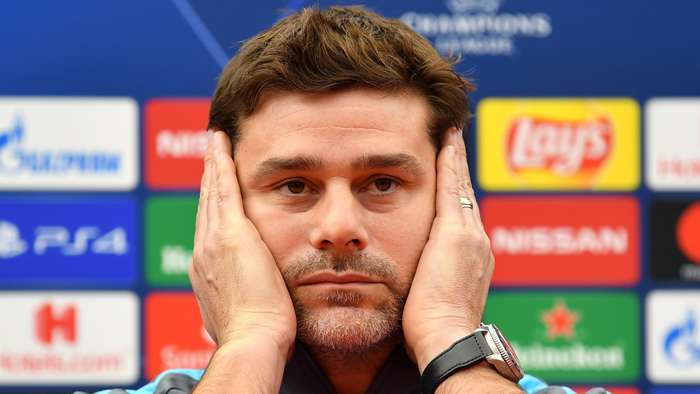 Mauricio Pochettino feels noregret over his decision to honourhis Tottenham contract and shun Real Madrid in 2018, but did reveal frustration at a perceived lack of "support" from the Spurs board.

But a difficult start to the 2019-20 season led to his dismissal in November last year, with Spurs bringing in Jose Mourinho as his replacement.

Pochettino previously had the opportunity to leave on his own terms in 2018, when Real Madrid attempted to hire him as Zinedine Zidane's successor, but he opted to stay put.

In the short term it proved a wise decision, as he went on to guide Spurs to their first ever Champions League final and Madrid sacked Julen Lopetegui and Santiago Solari in the same campaign, eventually persuading Zidane to return in March 2019.

But within a few months of Spurs' Champions League defeat to Liverpool, the club's outlook was much gloomier and Pochettino rued not being shown more support by chairman Daniel Levy and the board.

"I was happy at Tottenham and I signed a contract," Pochettino told El Pais when asked if he regretted not joining Madrid when the opportunity arose.

"And we his staff and Spurs finished very well, the relationship is impeccable. I always say, without false humility, that we too made mistakes that led to what happened, although we did expect a little more support or reassurance to reverse the situation.

"But the club line was going another way and there was wear; respite was needed from both sides.

"We work in a result-led environment where it seems that all the things that have a good result are the ones that continue. But, how do you measure what works or not?

"Only the one who wins or the one who exceeds expectations? After the Champions League final, four years in the top four, two years without signings ... a different management strategy was needed.

"Sometimes the vision of a coaching staff is not accepted by the club management. We knew what could happen.