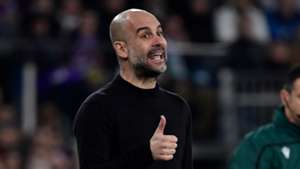 The centre-back joined the German giants in the summer of 2013, the same year Guardiola made the move to the Allianz Arena to mark his return to the game after an illustrious period in charge of Barcelona.

The coach guided the Bavarian outfit to three consecutive Bundesliga titles and two DFB-Pokal crowns before leaving for Manchester City in 2016.

Kirchhoff made just nine league appearances in his first season as he was loaned to Schalke the following January for 18 months.

While Kirchhoff was unable to reclaim his place in Guardiola's squad, he says the coach had a big influence on him as a player.

"It was crazy because you thought: Before, I didn't understand anything. The way Pep simplifies the game and shows how you stand to the ball or in the field is outstanding," he told Goal.

"There are dozens of little details that you might have known before, but after two months of training under him, so many things made more sense and were so much easier for us players to implement.

"It makes an incredible difference when you have a good coach. It simplifies a lot of things enormously, so playing football becomes almost easy.

"In addition, the quality of the players and the level of training were important. I partly felt as if I was an Under-19 player training with the first team again."

He added: "When I signed for Bayern, the last half-year before was not so easy, not even in the club and not in the team. I made a lot of mistakes back then. I was very selfish and not a very good team-mate, because in my head it was just about me and everything else was behind me.

"I was over-ambitious, too impatient and also obsessed with my goal of achieving certain things.

"I couldn't understand that it's good to come from Mainz to Munich as a 22-year-old and play 12 matches in the first six months.

"Pep thought I should stay because I would get my games towards the end of the season and learn something in every training session, but I wanted to play every weekend and show how good I am.

"At that time I was by far the best footballer I was ever in my career. At Schalke I was knocked down by an opponent in the second training session and was injured for a long time.

"It went very unluckily, maybe the time at Schalke would have been different then. But if I could really turn one thing back, then I should have stayed longer in Munich and shown more humility."

The Germany U-21 international left Bayern in 2016 to spend a year at Sunderland before he ended up at Bolton.

And the 29-year-old says he was happy to play in the Premier League with the Black Cats and still has fond memories of his time there.

"England was the greatest experience I had in football," he said. "It was really nice to come to another country, perfect the language and get new cultural input. I really enjoyed it. I also have to say that the sometimes high expectations in Germany or the search for the famous hair in the soup weighed on me a bit. The English are more relaxed, cheerful and respect the athlete much more. I enjoyed the first half year at AFC Sunderland very much, after that the injuries came back."