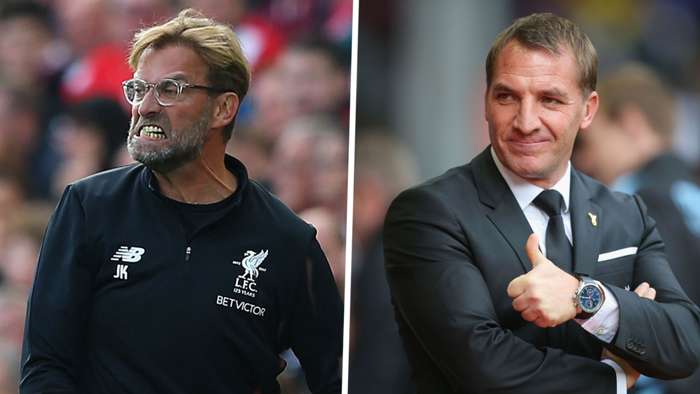 Jurgen Klopp has established total control at Liverpool, says John Barnes, with a Shankly-esque coach earning a level of respect that predecessors such as Brendan Rodgers lacked.

During the Reds’ 30-year wait for title glory, many highly-rated managers passed through Anfield.

A few got close to delivering the ultimate prize, with Rafa Benitez savouring Champions League glory while Rodgers pieced together a star-studded squad that included the likes of Luis Suarez, Steven Gerrard and Raheem Sterling.

Klopp, though, has been the man to get Liverpool back on the loftiest of perches.

His success has come as no surprise to Barnes, with the German tactician proving himself to be the leader that the Reds had been crying out for prior to a game-changing appointment in October 2015.

“Too often over the past three decades Liverpool could be accused of living in the past, and Brendan Rodgers suffered from being measured against our great managers of the past but along came Jurgen and gave the club a new identity,” Barnes said in the foreword to ‘CHAMPIONS AT LAST - How Liverpool Finally Won the Premier League in Football’s Longest Season’.

“You’re seeing the same at Manchester United now with his (Sir Alex Ferguson's) successors questioned over every move they make with fans saying ‘this isn’t how Fergie would have done it’.”

“The Liverpool fans believe in Jurgen Klopp. When he makes a decision, such as he did about Daniel Sturridge for example, the fans accept it.

“They didn’t accept similar decisions by Brendan Rodgers, and if he left, say, Sturridge out of the team, they would let him know their feelings.

“If the team lost 4-0 at Stoke, the fans would boo the manager. If Klopp loses a game, like 3-0 at Watford, that doesn’t happen, the fans have faith in him, but they also have that connection, the sort of connection that goes back to Bill Shankly and the Boot Room philosophy, the fans love Klopp’s character, his passion, his commitment to the cause.

“In reality, certainty at first, Klopp’s record was no better than that of Brendan Rodgers. It might have been very similar but the fans liked the Klopp attitude, his character, they believed in him the way they believed in Bill Shankly. Klopp is a throwback to Shanks in many ways.

“Alex Ferguson was one of the best in the world when he took over at Old Trafford but United’s board gave him three or four years to turn it around and get it right. By and large the fans took to Fergie even in the early days when he wasn’t successful, they liked him and could see what he was doing with the youth team, so they got behind him.

“If fans don’t like the manager, then they are not slow in screaming and shouting about it and letting you know how they feel.

“It was something similar with Pep at City, it was obvious the guy was a winner and would be successful there so there was an instant connection with the fans, and they backed him, rather than turning on him, when they had a mediocre first season.

“On the other hand, Jose Mourinho won a few things at United but the fans felt no connection to him because of his style of management and the style of football so the board had to act. It was the same with Louis van Gaal.”

Liverpool have Klopp tied to a contract through to 2024 and will be hoping that the success achieved over the course of the last 12 months proves to be the start of another era of domination for those on the red half of Merseyside.