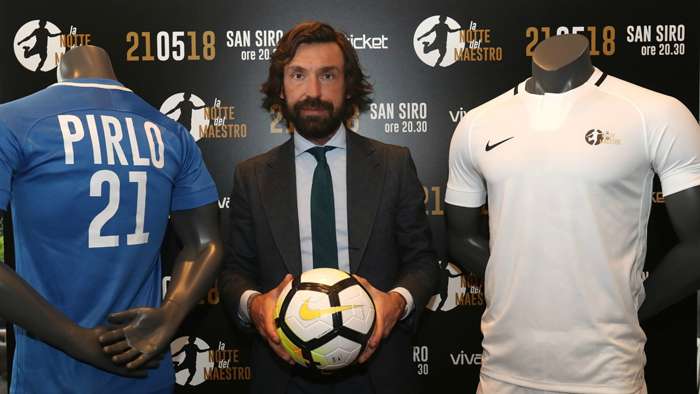 Andrea Pirlo's appointment as the head coach of Juventus is a surprise, saysRenzo Ulivieri - but theItalian Football Managers' Association chairman believes that the former midfielder could thrive in his new job, hailing him as a "profound connoisseur" of football.

The eye-catching decision to promote the 41-year-old - who has never coached at senior level before - caught many unawares, particularly given that Ulivieri says that Pirlo has yet to obtain his full accreditation from theCentro Tecnico Federale di Coverciano, the Italian Football Federation's technical centre.

Speaking out on Juve chairman Andrea Agnelli's choice, onetime Bologna and Napoli boss Ulivieri pushed back at the suggestion that the decision was a particularly risky one, hailing the World Cup winner as a "scholar" of the game, suggesting that his insights will stand him and his employers in good stead.

“WasAgnelli more courageous or reckless in his decision?" he told Calcio Mercato ."I'd say it was realistic.

"I'm sure in saying that Andrea Pirlo is currently one of the most profound connoisseurs of the game of football in the world.

"I'm talking about technical knowledge, as a coach.I'm not referring to those skills acquired on the pitch, as a footballer.

"Those are another thing and offer no guarantee of success as a coach.Pirlo is a scholar, one who has deepened his knowledge of thesubject. He isready."

Asked on the situation in regards to Pirlo's coaching license and how he has applied himself as a student, Ulivieri added: "He has permission to coach because he attended and completed the course, but he will only make it official in October when he delivers his thesis.

“He is careful, sharp.He is someone who looks ahead. He is always precise, someone who doesn'tputeverything down onpaper.He will listento everything and think, then writeon the paper only the things he considers important."