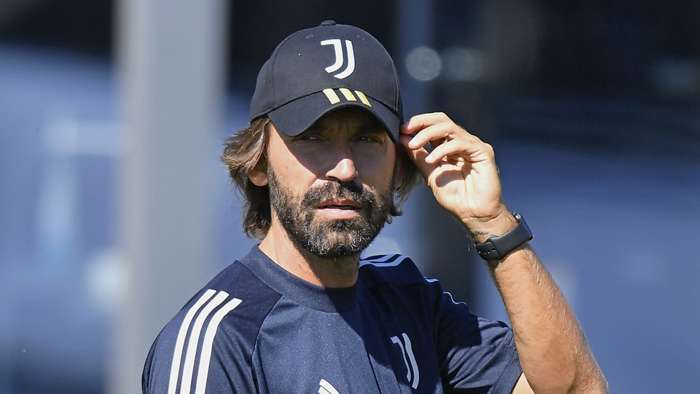 Juventus head coach Andrea Pirlo has stressed the importance of signinga striker ahead of the new Serie A campaign.

The reigning Italian champions are without a recognised number nine for the start of 2020-21 as Gonzalo Higuain closes in on a switch to Inter Miami.

A move for Barcelona ace Luis Suarez is reported to have broken down, while Chelsea's Olivier Giroud this week rubbished rumours he is close to signing.

According to Juve sporting director Fabio Paratici, who spoke to reporters at the weekend, the Uruguayan is "an impossible option" for the club despite being told by Barcelona to find a new club for the 2020-21 season.

Edin Dzeko has also been linked but was part of Roma's starting line-up for Saturday's friendly win over Cagliari.

And while the transferwindow will remain open for another three weeks, Pirloadmits the troublesome position needs to be filled.

"I need the striker as soon as possible," he told Sky Sport Italia. "But the market is long. There will be time to be able to work until October 4."

Juventus kicked off their shortened pre-season programme with a 5-0 win over Novara on Saturday, with Cristiano Ronaldo opening the scoring against the Serie C side.

Ronaldo also struck twice in Portugal's 2-0 win over Swedenon September 8after recovering from a toe injury and Pirlo is happy with the forward's fitness.

"Cristiano is fine," Pirlo said. "He proved it with Portugal and also today."

Aaron Ramsey, Marko Pjaca and a brace by Manolo Portanova gave Juve a commanding win in their friendly, which Pirlo used to experiment with various formations.

"In the first half, we played with four at the back,which becomes three in the different phases," said Pirlo, who was appointed as Maurizio Sarri's successor in August.

"In the second half, we stayed with three, preparing different solutions."