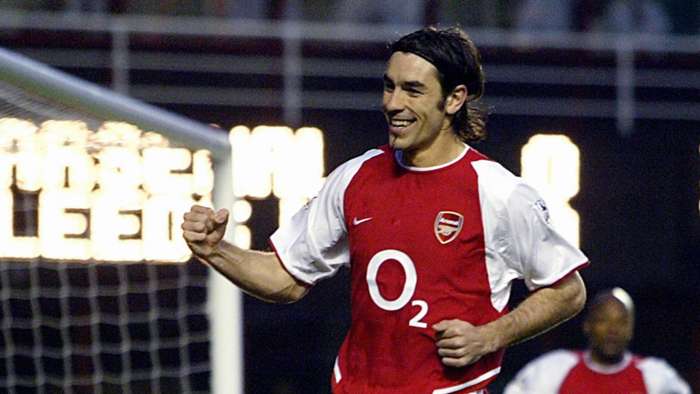 Arsenal legend Robert Pires has anointed Rio Ferdinand and John Terry as the toughest players he faced during his playing career.

When asked to name whichPremier League players were hardestto play against, Pires named the two England centre-backs as the opponents that gave him the most trouble.

"In the Premier League, it was John Terry and Rio Ferdinand. Matches against Chelsea and Manchester United were always hard and Terry and Ferdinand were very tough, very physical," Pires said on theMOTD Top 10 Podcast.

"Coming from France to play in the Premier League, it was very difficult at the beginning.

"Arsene Wenger told me: 'It's not the same football. It's physical, you need to learn."

"My first match was at Sunderland. I was sitting on the bench and after about 20-25 minutes I remember thinking: 'Wow, this football is not for me.'"

Pires also received 79 caps for France - winning the 1998 World Cup and 2000 European Championship with his nation.

He began his senior career with French side Metz in 1993, spending six seasons at the club before upgrading to Marseille in 1998 - after scoring 43 goals in 162 appearances.

Pires was only at Marseille for two campaigns before earning a move to Arsenal in 2000 - with the London club fighting off interest from Real Madrid and Juventus.

His six years at the Gunners culminated in four trophes, with Pires part of the famous Arsenal Invincibles team in 2003-04.

After leaving London in 2006, Pires played four years in La Liga with Villarreal before finishing off his career with a season at Aston Villa.

He also came out of retirement in 2014-15 to play one season with Indian Super League side FC Goa.

Pires now has desires to become a coach and spent time tutoring at Arsenal when Freddie Ljungberg was temporarily in charge last year.

He said in June: "I think coaching is a good job, even if it's hard on a daily basis. I think that in the years to come, I will decide to take the coaching diplomas. And I plan to do it in Spain."