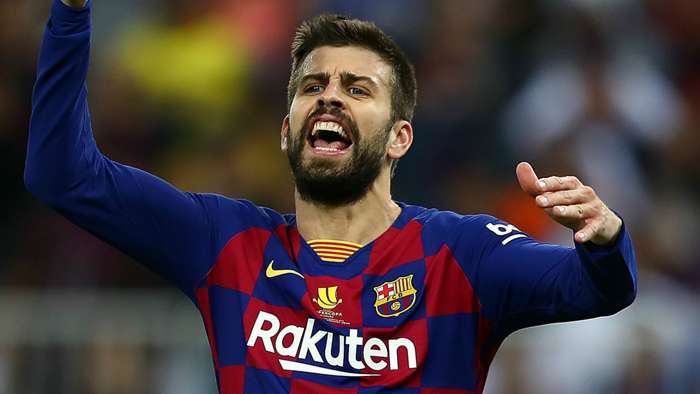 Gerard Pique may have a “cool beard” but the Barcelona defender is still “bang average”, according to former Real Madrid defender Oscar Ruggeri, with Sergio Ramos considered to be the best centre-half on the planet.

Pique left his homeland and linked up with Manchester United in 2004, with four years spent in England before returning to his roots.

Back at Barca, the 33-year-old has become a multiple La Liga and Champions League winner while also taking in European Championship and World Cup triumphs with Spain.

He is married to Colombian musician Shakira and has been billed as a potential Barcelona president of the future.

For Ruggeri, though, Pique is merely an average player who has benefitted from being thrust onto the grandest of stages, with the Argentine claiming that the experienced defender would have faded into the background had he been at a different club.

The 1986 World Cup winner, who spent the 1989-90 season at Real Madrid, told FOX Sports Argentina: "Pique is a second-rate player, like me, like many others.

"He's good looking, he's with the singer Shakira, he has a cool beard, but if he played forValencia, he wouldn't be well known.

"He's like me - bang average. A good defender, but not much else.

"He doesn't get put under pressure, except against the big teams.

"Sergio Ramosis the best centre-back in the world, by far."

Pique has taken in many successful outings for Spain alongside Madrid captain Ramos.

The pair have not always seen eye to eye, as prominent figures on opposing sides of a fierce Clasico divide, but both have the CVs to suggest that they will be remembered as two of the greatest of all time.

Ruggeri appears reluctant to place Pique into that category, but he has taken in 541 appearances for Barcelona and helped them to 29 major honours over the course of a 12-year spell in Catalonia.