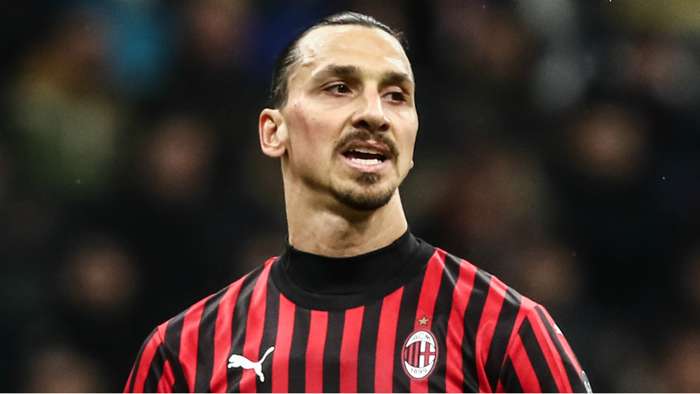 Stefano Pioli hopes to work with ZlatanIbrahimovicat Milan again next season now his own future has been resolved - and he has tipped RafaelLeaoto "explode" in 2020-21.

Ibrahimovichad been linked to an exit at the end of the campaign with Bologna having been tentatively linked, while a return to his native Sweden was said to be on the cards.

The 38-year-old himself said this week he remains unsure as to what will happen, but Pioli – who signed a newcontractto 2022 on Wednesday after Milan opted not to pursue a deal to bring in Ralf Rangnick – feels that his own situation being sorted could swayIbrahimovicto stay in Milan.

"The contribution he has given to our growth is evident. I hope to work with him again, but there are still many things that must be put on the table," Pioli told Sky Sport Italia after Milan's 1-1 draw with Atalanta on Friday.

"There's no doubt about the fact that he is still well and can carry on, but it depends on many different aspects.

"I believe he and the club haven't spoken yet. There was still no certainty as to who the coach would have been, and I believe the talks have not been arranged due to this reason."

One player Pioli willdefinitely havethe chance to work with isLeao, who was signed from Lille for a reported €35 million (£32m/$39m) last July and has shown flashes of his undoubted potential, scoring five goals in 29 top-flightgames.

Pioli stated the 21-year-old attacker is performing better in training than in matches but expects more to come next term.

"Leao has enormous potential, it's right to have great expectations for him. He's growing –this year will really help him for next season," he added.

"He does much better in training than in the matches, but he will get there. Against Atalanta, he waspositive,but he can do more.