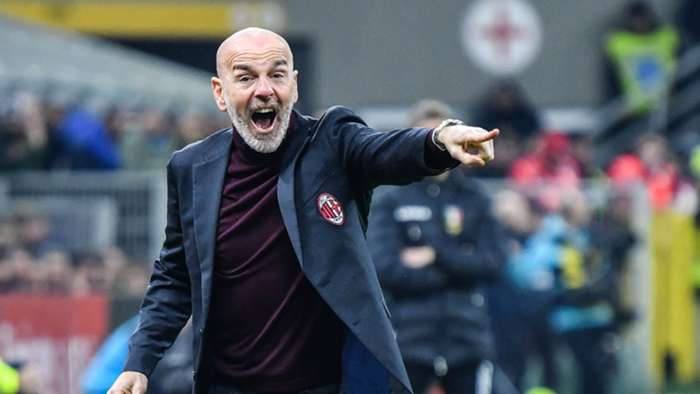 Stefano Pioli will be staying in charge of Milan after signing a contract extension with the Serie A club.

However,Rangnick's representative confirmed on Tuesday that talks had been called off because "it is not the right time at the moment and there is no momentum for working together". MarcKosickealso pointed to "the good development and results underPioli"as a reason for the move not taking place.

Milan later confirmedtheir current coachhad agreed to a newcontractthat would keep him at San Siro until June 2022.

"I am happy and proud of the trust I have received from AC Milan," Pioli said in a statement.

"I want to thank everyone, including our fans, who we are really missing at the stadium, but are always close and supportive. As I have said many times, our future is today: we must be focused and determined, be united and play as one. We are at the beginning of an extraordinary path. If we keep working this way, we will grow and be more and more competitive."

CEO Ivan Gazidis said: "Stefano has shown he can deliver the vision of football we have for our club - exciting, progressive and passionate.

"This is not a decision based on recent victories, but one based on how Stefano has built team spirit and unity of purpose, the way he has improved the performances of the individual players and the collective team, the way he has embraced our vision and the way he has represented himself and the club's values."

Pioli had been publicly backed by players, including Zlatan Ibrahimovic, as speculationcontinuedhe would be replaced by Rangnick, who wassaid to be keen on a dual role that would have seen technical director Paolo Maldini likely forced to leave the club.

There are reports negotiations broke down because Rangnick, who leads Red Bull's sports and development section, was not prepared to accept a new proposal that would have seen him join as a director but with Pioli still in charge of the first team.

Milan have enjoyed a strong run of form since the season resumed last month, their 2-1 win atSassuoloon Tuesday making it 10 games unbeaten in all competitions.

The win lifted them to fifth in the Serie A table, a point above Roma and three above Napoli, having played a game more.