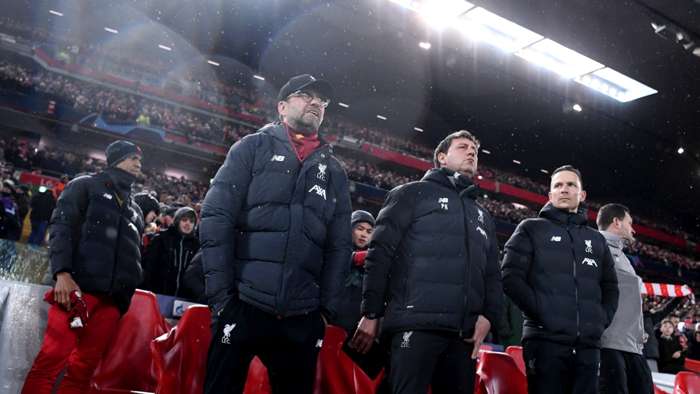 The 37-year-old has proven to be the perfect foil for Klopp on the training pitch and in the dugout, with the Reds now a well-rounded team capable of competing for honours at the very highest level.

Lijnders had a frustrating six-month spell in charge of Dutchoutfit NEC before making his way back to Anfield, during which he failed to guide the club back into the Eredivisie.

He attempted to implement a philosophy based around high-intensity pressing and quick passing interchanges atStadion de Goffert, but the players struggled to adapt to the system.

Muslu Nalbantoglu, who worked alongsideLijnders at NEC, has not been surprised to see the Liverpool assistant successfully transfer his ideas to Merseyside, which he admits were far too advanced for the Eerste Divisie side.

"What he had in his mind with the NEC players was not realistic. Of course, if you work withMohamed Salahand the names of Liverpool, it is easy to do it with those players,"Nalbantoglu said ofLijnders on the Blood Red podcast.

"His energy and his trainings were very good. Everybody loved him and still loves him at the club and we have difficult fans - when you lose three times, it is very difficult to stay here at NEC.

"He loves football and you see the passion in the trainings. He can never sit down and he was always standing. There were trainings that we have never seen before. If the players were a better level, maybe he would still be here.

"What he had in his mind was for a higher level than NEC. With better players, you can do what he wants. WhenJurgen Kloppleaves Liverpool, Pep can take over with those players for sure."

Klopp's current contract at Anfield is not due to expire until 2024, and Liverpool legend Steven Gerrard has been touted as the most likely man to inherit the managerial reins when the German moves on.

Michael Beale, Gerrard's assistant at Rangers,has said that although coaching the Reds would be a "dream" role for the ex-England international, he still sees Klopp as the perfect man to lead the club.

"He is the biggest Liverpool fan and at this moment in time, if he had to choose a manager, it would be Jurgen Klopp," Beale told the Liverpool Echo last year.