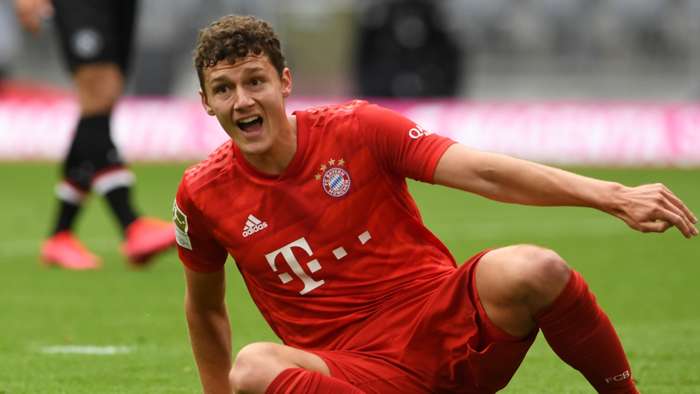 The scare comes as Bayern step up preparations for their August 8 clash with Frank Lampard's side in Munich, where they will look to defend a 3-0 lead from the first game.

There was better news forNiklasSule, who continues to work his way back from a serious knee injury. The centre-back has not played since rupturing an anterior cruciate ligament in October, although he did make the bench for the DFP-Pokal final win over Bayer Leverkusen this month.

Sule, 24, put in extra training time while his team-mates took a break after that match and the Germany international could get the chance to prove his fitness in a friendly against Marseille on Friday.

"I'm very happy with him, with the way he's training and the intensity he's training with," Flick said. "I assume he's at 100 per cent, we've been working on that. During the holiday, he stayed here and worked with our staff, so he is on track.

"He's missing match practice, but we possibly have the opportunity for him to play against Marseille. We shall see what happens."

New signings Leroy Sane and Tanguy Kouassi are ineligible to face Chelsea and will not be used in the Marseille match, but Flick has been happy with how the pair have adapted to their surroundings.

"All of the new players have integrated well," he said. "For them, it's a new environment so they might need a little time, but I'm very happy with how things are going.

"With Kouassi, we all know that he's an outstanding football player and that we will greatly benefit from him.

"We know in the last few months he's had a couple of injury problems, so we are all hoping that, following this recent injury, he can train pain-free, possibly play. We will have to see what happens in the next couple of days and see what happens.