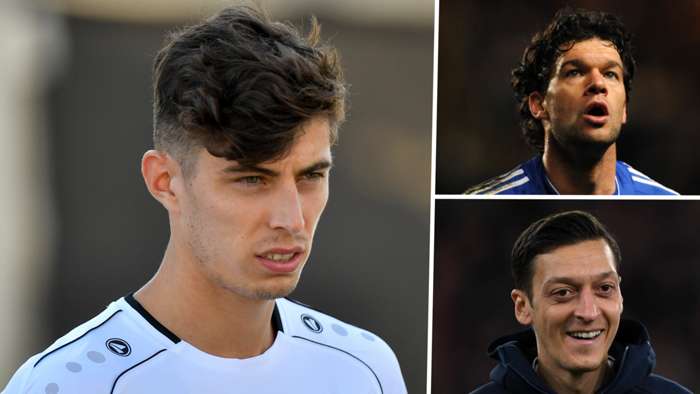 Chelsea are continuing with talks over his signature with Frank Lampard keen on adding the playmaker to a squad that now contains his Germany national team colleague Timo Werner.

Werner has already signed for Chelsea in a £47.5 million deal (€52m/$61m) from RB Leipzig and trained with the squad ahead of the FA Cup final, which was won by Arsenal last Saturday.

"He is the next big, big player to come from Germany," Hilbert said of Havertz. "I was there when he made his debut in our team at 17. In this generation, I think he will be a game-changer. He is a really smart player, quick and he is a nice person.

"He has some things Ballack had, some things Ozil had but he puts it into one package which is what makes him so dangerous.

“I think he has a level of talent that nobody else has. When Chelsea sign him for the next years then I think it will be a great chance to help them win titles in the Premier League.

"That’s how good he is. He worked hard, but he is a smart and humble person. That comes from his good family unit and he will continue to work hard and improve every day."

Having won the Bundesliga with Stuttgart andstarred for Leverkusen, Hilbert has followed Werner and Havertz closely, and he believes that a Premier League move will take their games to the next level.

While at Leverkusen, Hilbert faced a direct battle with Werner and admits he did not find it easy.

"He is really fast!” said Hilbert. “When I played against him I saw he was young and he wanted to earn respect against other players.

“Sometimes, he went too far but it was okay because he is a nice young guy. He had a good upbringing and he knows what respect is.

"Werner is a big, big talent. In Germany, he shocked everyone because he got so good so fast. Right now, it is a new day because the Premier League is a step up from the German Bundesliga.

"It will show what level he can reach for the rest of his career, especially in one of the biggest clubs at Chelsea.

"The expectation will be high because he cost a lot from Germany and he will have to pay back that money.

"The pressure will be on every day and it will be interesting to see if he can handle his pressure. I hope he can, I think he is a really really good young player.