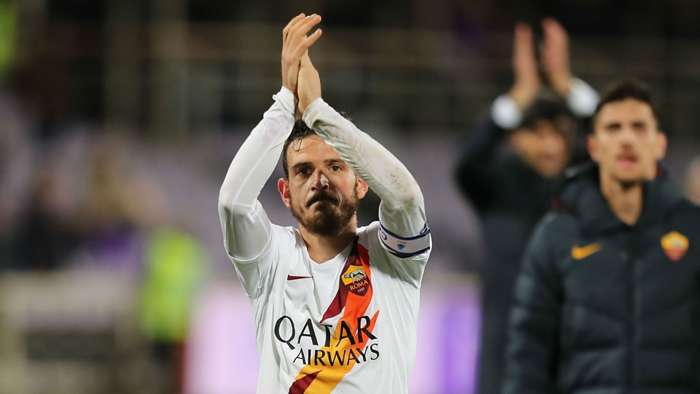 Paris Saint-Germain have completed the signing of Alessandro Florenzi from Roma, with the defender arriving on a loan deal with an option to buy.

The 29-year-old has been contracted to Roma throughout the duration of his career, however he spent the second half of last season on loan with Valencia in the Primera Division.

Goal confirmed a deal was close on Thursday, and it has now been confirmed.

The 36-time Italy star will team up with international team-mate Marco Verratti in the French capital.

“I’m especially proud and happy to become a PSG player,” he said in a statement on the club’s official website.“It’s one of the biggest clubs in Europe today, as was confirmed with their run to the Champions League final last month.

“I’ve got the desire to give my maximum for PSG and the supporters of the club. There are enormous challenges ahead of us this season. It will be a pleasure and an honour to turnout at the sides of my new team-mates, who are among the best players in the world.”

Florenzi is a versatile player but is expected to be the solution to the club’s search for a right-back, which began when Thomas Meunier departed the club to move to Borussia Dortmund on a free transfer at the end of his contract in June.

Thilo Kehrer took up the position during the final Champions Leaguefixtures, while in Thursday’s Ligue 1 clash against Lens, it was left-back Layvin Kurzawa took up the mantle, with youth player Colin Dagbaon the bench.

Florenzi has made 280 appearances for Roma and was the club’s captain in the 2019-20 season. His career has been hampered by serious cruciate knee ligament injuries, while he has three times finished a runner-up in Serie A behind Juventus.

He is PSG’s third major signing of the summer, with the French champions having made loan deals for Mauro Icardi and Sergio Rico permanent.