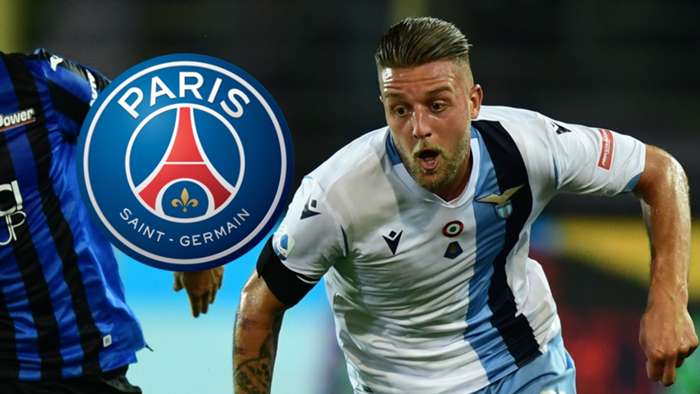 While the rest of Europe's footballing heavyweights have been attempting to complete their seasons during the first half of the summer, Paris Saint-Germain have been forced to sit at home and wait.

And though the relaxation of some laws has meant that the Parisiens can now play out the two domestic cup finals that they had qualified for ahead of the Champions League's resumption, they will head to Lisbon a little undercooked compared to their continental rivals.

Still, the time off has allowed Thomas Tuchel and his recruitment team to take stock of theirsquad and plan for another assault on the transfer market.

PSG are traditionally big-spenders, but with Covid-19 set to leave a number of clubs short of funds, they too may be forced to cut their cloth accordingly.

So, who are they targeting in the market, and who could be on their way out of Parc des Princes in the coming months? Goal breaks down their summer plans...

Given the money spent on the PSG squad, there are few gaping holes for Tuchel to fill. That said, there are still some players that the former Borussia Dortmund boss is keen to bring to the French capital.

The most intriguing is Lazio midfielder Sergej Milinkovic-Savic. The Serbia international has rediscovered something close to his best form in 2019-20, withSimone Inzaghi's side having secured a top-four finish in Serie A.

Previously a target forManchester United, PSG have already opened preliminary talks with the 25-year-old as they aim to boost their midfield ranks, though he insists he remains happy in Rome.

Elsewhere, they are aiming to sign at least one right-back, with Milinkovic-Savic's Lazio club-mate Adam Marusic their primary target.

Further forward, a deal has already been struck to sign Mauro Icardi permanently for an initial €50 million (£45m/$56m) following his successful loan move from Inter.

Another striker may be sought, with Arsenal star Pierre-Emerick Aubameyang among those to have been linked, though teenager Arnaud Kalimuendo has impressed during recent friendly outings.

The squad at PSG has already seen plenty of upheaval, with a number of players departing on free transfers at the end of their contracts.

Most notably, Edinson Cavani, Thiago Silva and Thomas Meunier have all confirmed their exits, with the latter having agreed a move to Dortmund.

They are unlikely to be the last players to depart, too.

Julian Draxler is considering his future having fallen down the pecking order over the past 12 months, with some reports linking him with a move to Hertha Berlin, while fellow midfielder Idrissa Gueye continues to be tipped to return to the Premier League by English media.

Others who could be sold include on-loan goalkeeping duo Alphonse Areola and Sergio Rico,as well as out-of-favour forward Jese Rodriguez.

Eric Maxim Choupo-Moting will depart when his contract is up following the culmination of the Champions League while Juan Bernat, whose deal expires in 2021, may also be moved on in a bid to raise funds.

It is less likely, however, that either Neymar or Kylian Mbappe will leave the club this summer.

Brazil star Neymar continues to be linked with a move back to former club Barcelona, but the financial struggles of the Catalan club means any deal is likely to be impossible this summer.

Mbappe, meanwhile, is reportedly a target for both Real Madrid and Liverpool, though both clubs have made it clear that they will not be spending huge transfer fees in the wake of the coronavirus pandemic.

With Icardi locked in, Tuchel is likely to stick with his 'fantastic four' in attack, with Neymar, Mbappe and Icardi again set to be supported by Angel Di Maria.

Milinkovic-Savic would likely join Di Maria in a roaming midfield role, with Marco Verratti holding down the fort in front of the defence.

Should Marusic join, he will battle with Thilo Kehrer for a starting berth at right-back, with Marquinhos and Presenel Kimpembe likely to be Tuchel's first-choice centre-back pairing.

Layvin Kurzawa, who had been linked with a move to Arsenal in January,signed a new four-year deal with the club in June, suggesting he may be preferred at left-back.

Given their dominance in Ligue 1, Tuchel is again likely to rotate his squad throughout the 2020-21 campaign, meaning there will be plenty of minutes for the likes of Pablo Sarabia, Ander Herrera, Leandro Paredes and Abdou Diallo.

Youngsters such as Kalimuendo, Timothee Pembele and Kays Ruiz-Atil have also featured during their recent friendlies and may earn opportunities as the season goes on.