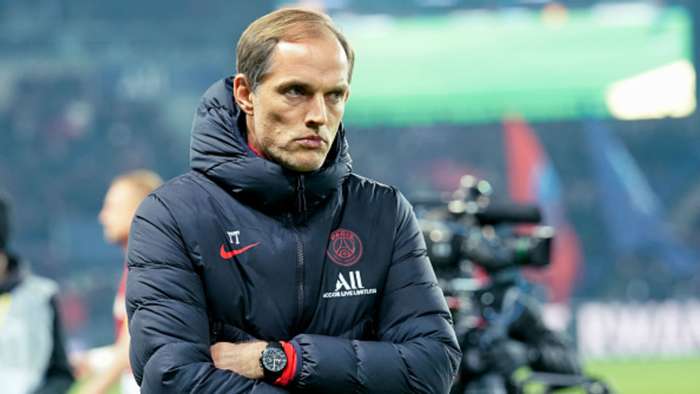 Paris Saint-Germain have a major injury crisis on their hands ahead of their Champions League match with Atalanta and now one more name can be added to the list of injuries: Thomas Tuchel.

"Thomas Tuchel was the victim last night of a sprained left ankle with a fracture of the fifth metatarsal during a sporting session," PSG said in a statement on Twitter.

Tuchel will still be present on Wednesday when PSG face Atalanta in a quarter-final showdown in Lisbon, but several of his side's top performers are in doubt for the game.

Mbappe was facing a three-week absence after the injury, which would not give him sufficient time to recover for the match against Atalanta.

Earlier this week, Tuchel said he was unclear on Mbappe's statusbut that he did "not expect too much"in terms of the 21-year-old being ready for the game.

Mbappe, though, is not the only injury doubt for the match after MarcoVerratti suffered aninjury in training on Tuesday.

"Verratti wasthe victim of a severe shock yesterday in training," the club announced, "with asignificant right calf contusion resulting in muscle damage which will be assessed in the next 72 hours."

In addition, left-backLayvin Kurzawais out for the game with a thigh muscle injury, whileThilo Kehrerwill also miss out after suffering abone fracture near his ear.

PSG reached the last eight of the Champions League after overcoming Borussia Dortmund in the round of 16, with two Neymar goals helping the Ligue 1 champions to a 3-2 aggregate victory.

Atalanta, meanwhile, blew past La Liga outfit Valencia with a 8-4 win on aggregate in the last 16.