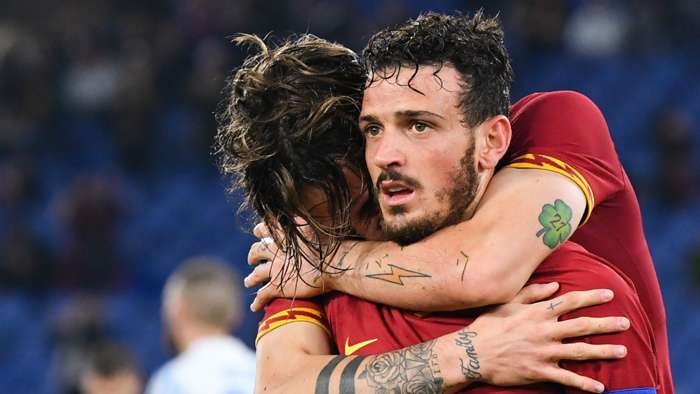 Paris Saint-Germain are close to agreeing a deal with Roma to sign Italy international Alessandro Florenzi, Goal can confirm.

PSG have been in the market for a new right-back since previous incumbent Thomas Meunier left to join Borussia Dortmund on a free transfer.

Sky Sports reported and Goal can confirm that Florenzi has already agreed personal terms with PSG and is expected to travel to Paris this weekend to undergo a medical and complete the move.

The 29-year-old’s contract at Roma runs until 2023 so PSG will need to agree a transfer fee with the Serie A side, but he isn’t expected to be overly expensive.

Born in Rome and at the club since childhood, Florenzi spent last season on loan with Valencia – his first season away from Roma since spending a year at Crotone as a youngster.

Usually deployed at right-back, Florenzi is also capable of playing further upfield and in the centre of the pitch.

PSG were left without their first-choice right-back Meunier for the latter stages of their run to the Champions League final after his contract expired.

In his absence, Thilo Kehrer took up the position during the final against Bayern Munich, but the 23-year-old was given a torrid time out wide by eventual match-winner Kingsley Coman.

Kehrer had previously missed four months of the season with a foot injury and was restricted to making 21 appearances in all competitions as a result, and he now looks set to compete with Florenzi for a first-team place.

Florenzi has close to a decade of experience at the top level, having made his Roma debut in 2010-11 and his senior international bow in 2012.

Since then, he has made 280 appearances for Roma and 36 for Italy, replacing Daniele de Rossi as club captain when he left for Boca Juniors in 2019.

However, he has suffered from serious injury issues in the past. Florenzi ruptured his cruciate ligament in October 2016 and again in October 2017, but he hasn’t had any more lengthy spells on the sidelines since then.