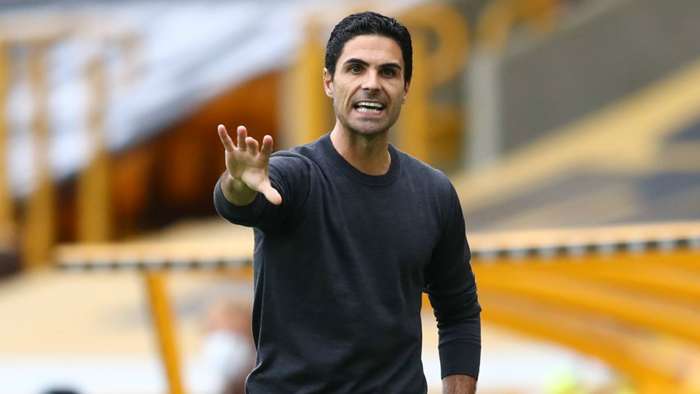 Mikel Arteta has been "outstanding" in coping with the pressure at Arsenal and shown "courage" in his initial months at the helm, says Brendan Rodgers.

Leicester City are scheduled to take in a trip to north London to faceArteta's Arsenalin the Premier League on Tuesday.

They won November's reverse fixture 2-0 as Unai Emery's tenure with the Gunners was drawing to a close, with Arteta taking charge the following month.

Arsenal have won four straight games in all competitions ahead of the Leicester clash at Emirates Stadium, and Foxes boss Rodgers has been impressed with the impact a former club captain has had in such a short period of time.

"I think Mikel has done very, very well since he's gone in," said the 47-year-old, whose team are currently sitting third in the table.

"He's gone into a club with huge expectations, which he knows from being a player there.He's gone in on his first job, into a huge task, and I think how he's dealt with it so far has been outstanding.

"From a tactical perspective, he's made it very clear how they want to play. The style, you can see.

"That is not an easy style to put in place and implement, especially at a club that wants to be challenging straight away as well.

"His courage since he's gone in, to want to develop that. They've played with a couple of different systems but the style has always remained the same.

"That is something that bodes well for the future and for him."

Leicester have saidJames Maddison and Ben Chilwell aremajor injury doubts for the game, with Chelsea and Manchester United breathing down their necks in the race for a top-four finish.

Saturday's 3-0 home win over Crystal Palace ended a four-match winless run since the Premier League's resumption and Rodgers has confidence ahead of the last five games of the campaign.

Asked if his side were capable of finishing the job to secure Champions League football, Rodgers said: "There is absolutely no doubt.

"We've shown over 33 games our talent. Okay, we are maybe missing some players that have helped us along that way but as a squad, we're very focused on achieving it.

"We will fight to the very, very last whistle to finish as high as we possibly can."

Chelsea are onepoint adrift of Leicester at the moment, with a resurgent Manchester United three behind.