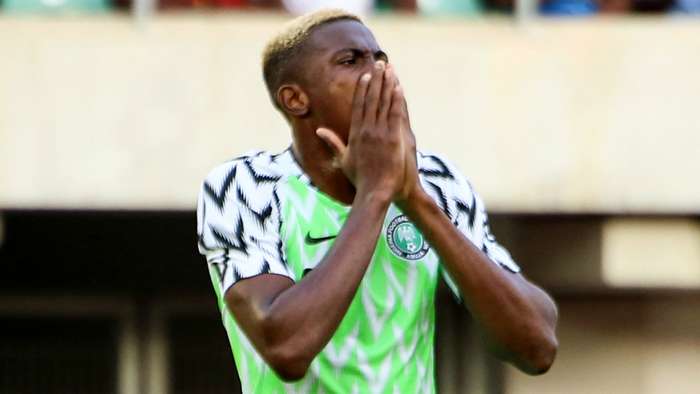 The future of Lille attacker Victor Osimhen has been thrown into doubt, with Napoli stating that the player has changed agents and must start negotiations “all over again”.

Elsewhere, Partenopei defender Kalidou Koulibaly confirmed that Osimhen had been in touch with him to discuss the matter of racism in Serie A, giving further credence to the reports.

With Ligue 1 having been curtailed due to the coronavirus pandemic, the Lagos-born forward was free to concentrate on his future and his current club went so far as to say he was on the brink of moving on.

“We are in the final stage of discussions, the player has made his choice,” Lille director Marc Ingla told a press conference on Thursday. “It is a regret to see him leave but we must be aware of the strength of the market.

“We do not hide our economic model. We must not only consider the amount of the transfer fee but also the salary that is being offered to the player. With that in mind, we are not a 'final destination' club. With us, players thrive, we use their talent, but we also help build their careers.

“This is our process. It is the life of a club and the transfer market. For him and his family, this can be an exceptional opportunity.”

Now, however, Napoli sporting director Cristiano Guintoli has cast doubt over the move, claiming that the player's change of agent has led to talks starting from scratch, while other teams remain in the frame to sign the highly rated attacker.

“Osimhen is a very good player, but there are lots of other teams who want him and we're working on other fronts too,” Guintoli toldDAZN. “He changed his agent, so now we have to start all over again. It's a complex and difficult set of negotiations.”