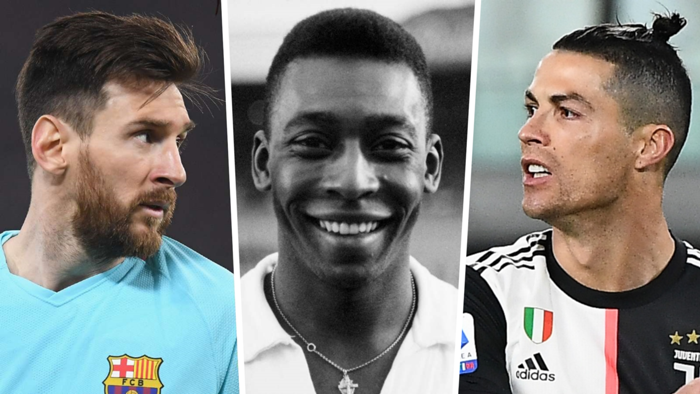 Lionel Messi and Cristiano Ronaldo cannot be considered to have topped Pele on a list of all-time greats, says Tostao, with a mix of two modern day superstars required in order to get near theBrazilian icon.

Pele’s standing at the top of any greatest list was unchallenged for several years, with Diego Maradona the only player to get close to him.

Messi and Ronaldo have, however, raised the bar of individual excellence to heights rarely seen before over the course of their remarkable careers.

The Argentina and Portugal internationals have sent records tumbling, while helping themselves to enviable hauls of individual and collective honours.

Many believe these exploits have lifted them above Pele, but Tostao still considers a man he won the 1970 World Cup alongside to be the finest player to have ever laced up a pair of football boots.

He told FIFA.com: “I think Pele was better than all of them. For me, there's no comparison. Pele was far more complete. He had every quality that a forward could have. He didn't have one defect.

“Messi's spectacular, but he doesn't head the ball like Pele did, he doesn't shoot as well with both feet, he doesn't pull off the moves that Pele did.

“Cristiano Ronaldo is an exceptional player, but he doesn't have the ability that Pele had and he doesn't pull off the incredible passes that Pele did.

“If you take the qualities of Cristiano Ronaldo and Messi, put them together, then you'd have a player to compare to Pele!”

Tostao also gave his take on whether Maradona sits alongside Pele, saying of the Argentine World Cup winner: “Maradona was spectacular, but he wasn't on Pele's level physically, he didn't score the numbers of goals Pele did.”

Pele has always placed himself at the top of anychart, with the South American rightly proud of all that he achieved. He has, however, admitted in the recent past that he considers Portuguese power to sit above Argentine flair when running a rule over the current crop of superstars.