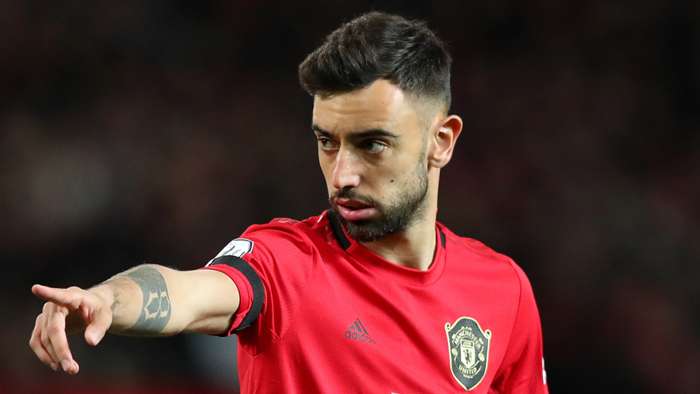 Bruno Fernandes has “nothing against the Europa League” but believes Manchester United “deserve” a Champions League place and is determined to deliver major silverware at Old Trafford.

United, who were some way off the top-four pace at that stage, desperately needed inspiration from somewhere. Fernandes has provided that, with a remarkable run of results through 2020 seeing Ole Gunnar Solskjaer’s side to a third-place finish.

With one target hit, the Red Devils can still finish their season with a trophy in continental competition.

Fernandes is eager to deliver on that front, telling MUTV: “Now our focus is on the Europa League because this is a really good trophy and we want to win. I came to Manchester to win trophies. We need to play every game to win. If we go into the Europa League and win every game, we know we'll win the trophy.”

United have struggled for consistency in the wake of Sir Alex Ferguson’s retirement in 2013, but Fernandes believes they are heading back to where they belong.

The 25-year-old added on climbing into the top four, with Leicester edged out 2-0 on the final day to get over that line: “We feel good, it's what we wanted.

“We trained hard and we worked hard for this moment. We know the only thing we could achieve this season was getting into the Champions League, so we fought hard for that, but we are not happy enough because we know this club and these players, they can bring much more for the club.

“I think we have qualities enough to fight for some titles - more than one title, you know? I think we need to win some trophies and then we'll be really happy.”