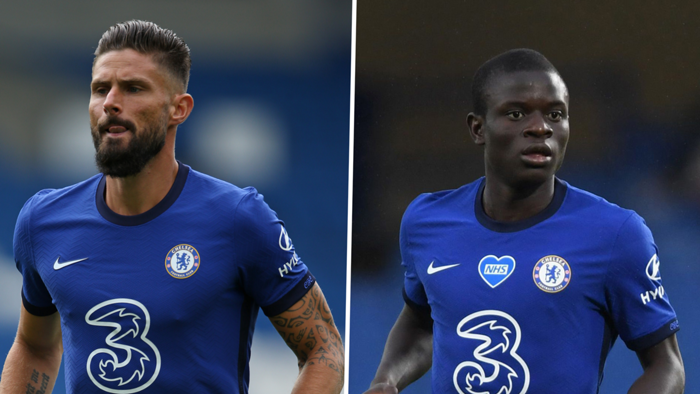 Olivier Giroud has notreceived a contract offer from Juventus, and Chelsea have yet to be contacted by the Serie A giants over a transfer for theveteran striker.

Reports in Italy claimed that the 33-year-old had agreed on a two-year contract in Turin ahead of a €4.5 million (£4m/$5m) move, but it is understood that those assertions arewide of the mark.

Even despite increased competition from new signingTimo Werner, the World Cup-winningstriker has continued to show his commitment to Frank Lampard's side.

"I haven't spoken to Lampard. One thing is certain: the competition in the squad will pull us all to the top. A great club should have different options in each position," he said in an interview with Telefoot.

"We want to be in the race for the title and I'm here. I finished the season well and I proved to the manager that he can count on me.

"Werner does not have the same profile as me, so I hope to get some playing time."

Giroud did previously, however, come close to leaving Chelsea in January when Lampard agreed to let the striker go should they find a replacement, with Inter having offered him favourable contract terms.

In the end, Giroud remainedat Chelsea and changed his stance after regaining his place after the club failed to find asuitable replacement.

Furthermore, Giroud's family are understood to be settled in London, providing further reason to stay after the Blues activated a clause in his contract to extend it until June 2021.

N'Golo Kante is similarly attracting interest from Italy, with Antonio Conte's Inter having explored the possibility of signing the midfielder in this transfer window.

Chelsea haven't pushed the 29-year-old to look for a move despite their interest in West Ham's Declan Ricebut Inter have looked to see if a swap deal was viable, having offered to include Marcelo Brozovic and Christian Eriksen in part-exchange.

Lampard's side turned down the approach which has since led Inter to look at other options, with Barcelona midfielder Arturo Vidal soon set to arrive in Milan.

Kante prefers to stay at Chelsea unless told otherwise, having grown settled both in the Premier League and in London.

Chelsea are now focused on their main transfer target, with Rennes goalkeeper Edouard Mendy in talks over a move to compete with Kepa Arrizabalaga for the number one spot in net.

With Mendy possibly coming in, the other focus is on player sales, although Lampard hasrefuted claims that Fikayo Tomori is nearing a loan to Everton.

"With Fikayo, no, I'm not aware of those conversations getting to any point where I'm going to be talking about that," Lampard said on Thursday ahead of Chelsea's first Premier League match of the new season at Brighton on Monday.

"Fikayo trained with us today and is in contention for the Brighton game, and that's where we're at."

Inter are also interested in Emerson Palmieri but have yet to present an official offer to the Blues, while AC Milan have remained in protracted talks to loan Tiemoue Bakayoko.